The Denver Moves Broadway/Lincoln Corridor Study is designed to test alternative ways to organize Denver streets for increased mobility options, such as the addition of a protected, two-way bikeway on South Broadway. The city is currently studying the impact of this design and will make recommendations for the corridor based on study data. 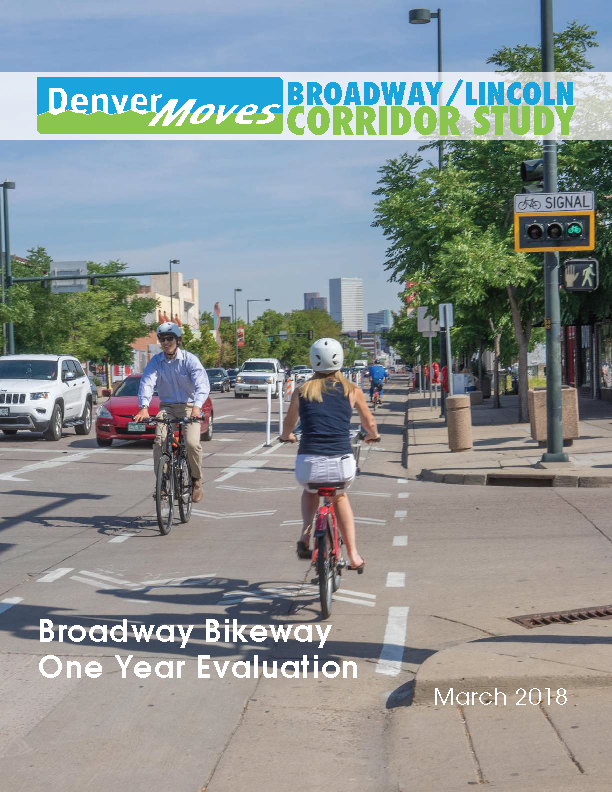 The latest report from the Broadway Bikeway Study includes an analysis of data collected from August 2016 through November 2017 and feedback collected from the online survey. This report shows that Broadway can continue to provide mobility for people driving, walking and taking transit, while creating a safer place for people to ride bicycles.

The section of Broadway from Bayaud Avenue to Virginia Avenue was chosen due to its designation as a high crash corridor for people on bikes and on foot. This section of road is also an area where cars travel faster than the speed limit.

The goal of the bikeway study is to determine the impact a protected, two-way bikeway would have on a high-trafficked street with multi-modal activity occurring daily. The study is expected to continue through 2018 as the city gathers data along the corridor. 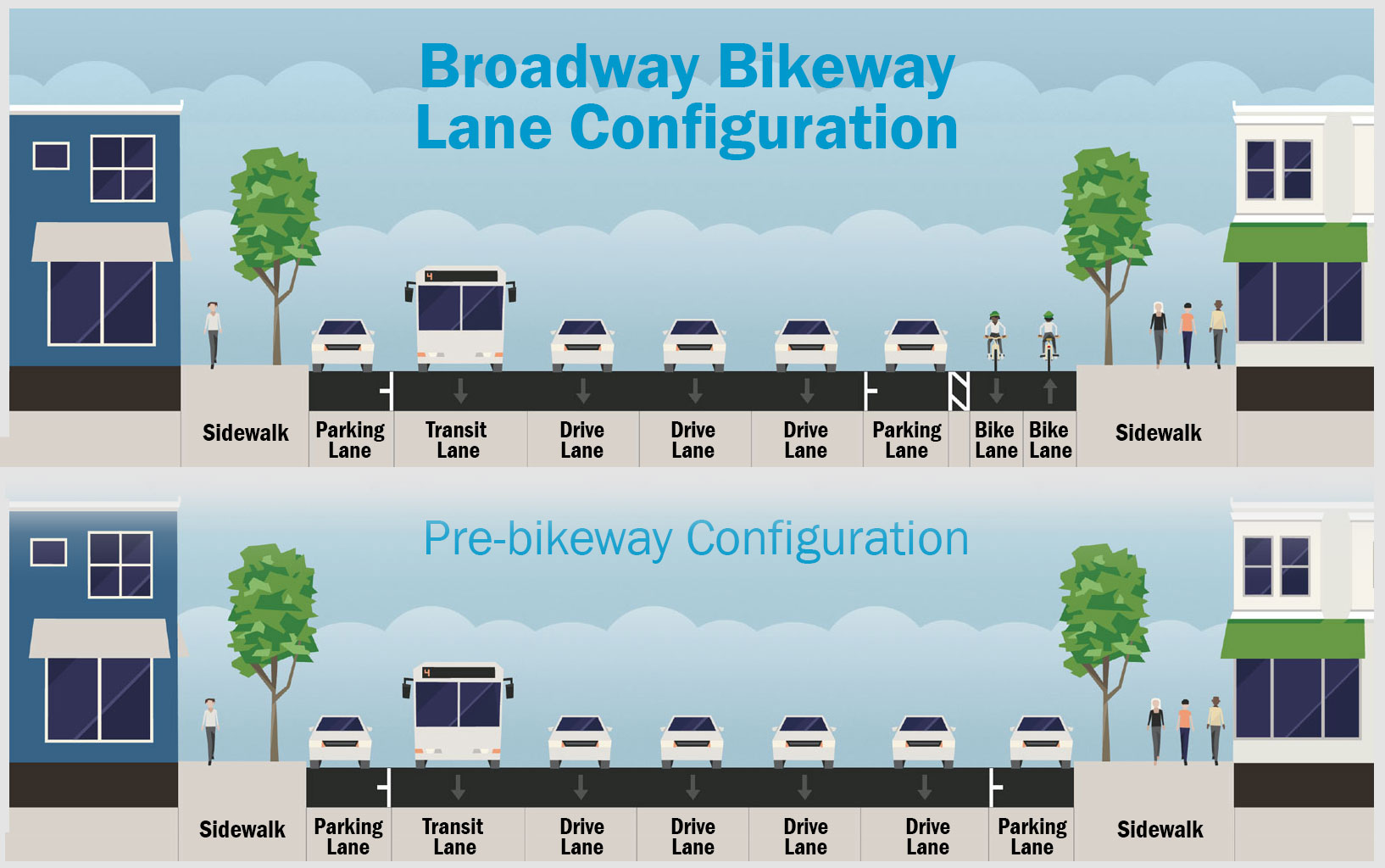 Based on the results of Phase 1, Denver Public Works installed a two-way protected bikeway along South Broadway on August 15, 2016, to evaluate traffic operations and determine the feasibility of a permanent bikeway along the corridor. Outreach to businesses and neighborhoods are key component to refining the facility for long-term success.

In the first phase, the city worked with residents, businesses and neighborhoods to identify potential safety improvements for the corridor. This public engagement process identified existing conditions and challenges for people walking, biking, taking transit and driving on the Broadway/Lincoln corridor. Through a weekend pop-up project with Bike Denver, we also identified a strong local desire to improve walking, cycling, and transit access while remaining sensitive to the desire of adjacent busineses to maintain on-street parking along the corridor. 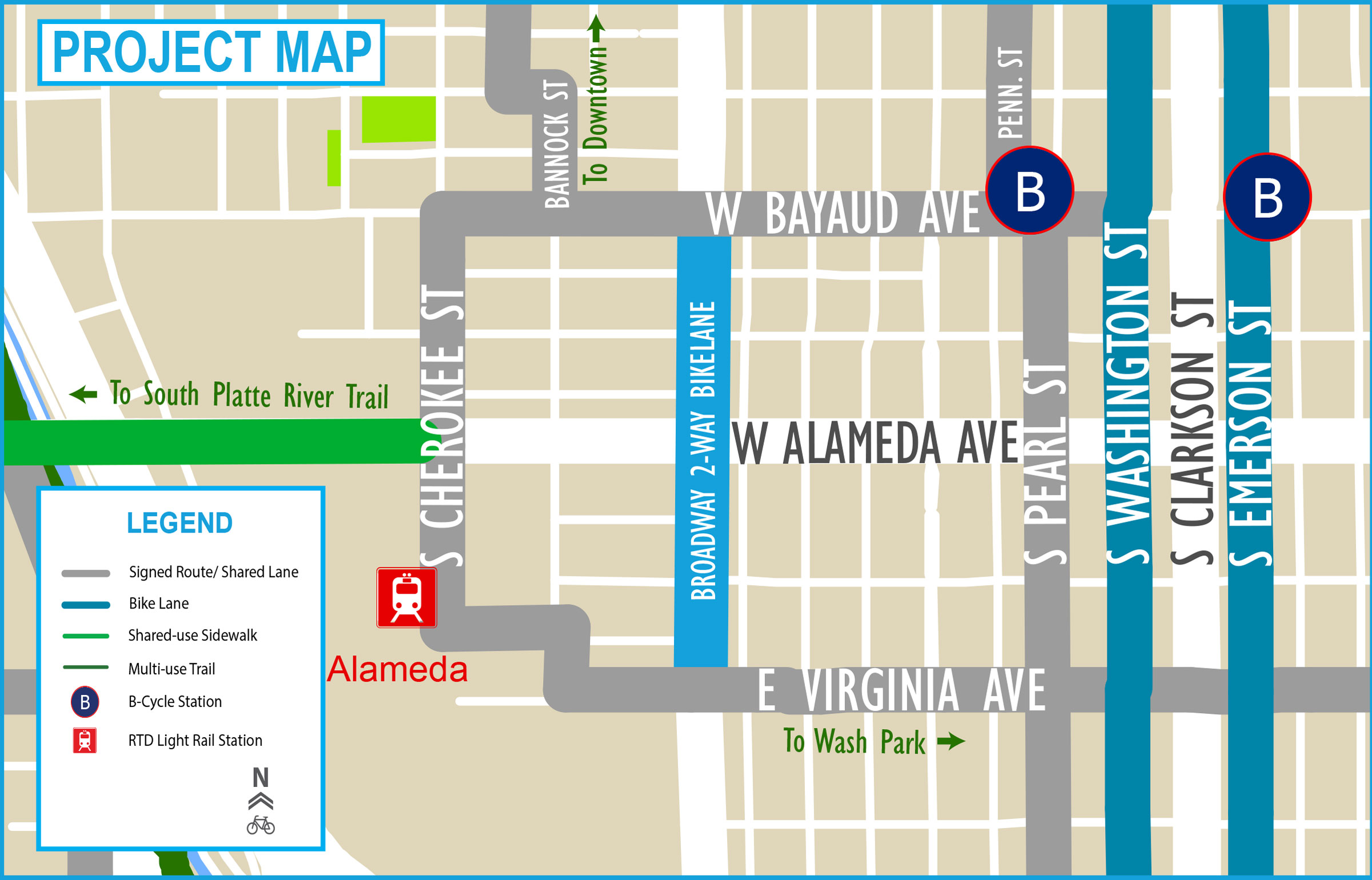