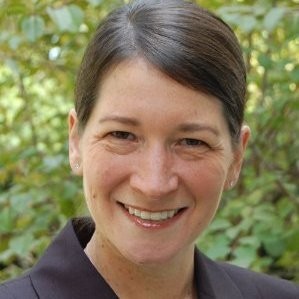 Grace Rink assumed her role as Chief Climate Officer for the City and County of Denver on March 16, 2020.

Prior to her position at the City, Rink was the President & CEO of Quercus Consulting, the top-grossing woman-owned sustainability consulting firm in the Chicago metropolitan area. As President & CEO, Quercus has been the leading sustainability consultant for metro Chicago local governments, including Lake County, IL, the City of Highland Park, the Chicago Housing Authority, and multiple City of Chicago Departments. Rink led the development of the nation's first multi-jurisdictional RFP for solar power covering Lake County and 11 municipalities; managed implementation of a solid waste and food scrap diversion program for the Lake County Jail, resulting in a waste reduction of over 50 percent; and conducted multiple economic impact studies of environmentally beneficial transitions, including electric vehicles and energy efficiency rebates, demonstrating significant financial benefits to the local economy.

In the past, Rink served as a Senior Project Manager for AECOM (2007-2012), where she provided sustainability consulting – including leading multiple sustainability plans and studies – in the areas of water, transportation, environment, planning and architecture for Chicago-area local governments and LEED certified Silver and Gold projects. From 2001-2007, Rink served as the Assistant Commissioner for the Chicago Department of Environment where she managed Greencorps Chicago, a green jobs training program, and the Chicago Center for Green Technology, the nation’s first LEED Platinum municipal building.

Thank you for your interest in working with the Office of Climate Action, Sustainability, and Resiliency. When available, all job openings or internship opportunities will be posted here and on the City and County of Denver’s job page.

In order to pay for the cost of staff, custodians of public records within the City and County of Denver may charge for research and retrieval time necessary to respond to requests for records under the Colorado Open Records Act (“CORA”).  Pursuant to C.R.S. §24-72-205(6), effective July 1, 2014, staff time may be charged at a rate not to exceed $30.00 per hour.  There shall be no charge for the first hour of time for research and retrieval of records.