In an effort to provide area plans for the entire city as efficiently as possible, planning areas under the Neighborhood Planning Initiative encompass several statistical neighborhoods.

The order plans are rolled out in is determined by numerous factors including planning need (as measured by various metrics), opportunities to draw on additional resources and timely grant opportunities, input from elected officials and community leaders, and efforts to maximize staff and other resources. As one phase is completed, the remaining areas of the city will be re-evaluated relative to the considerations influencing planning need and the next phase will be announced. 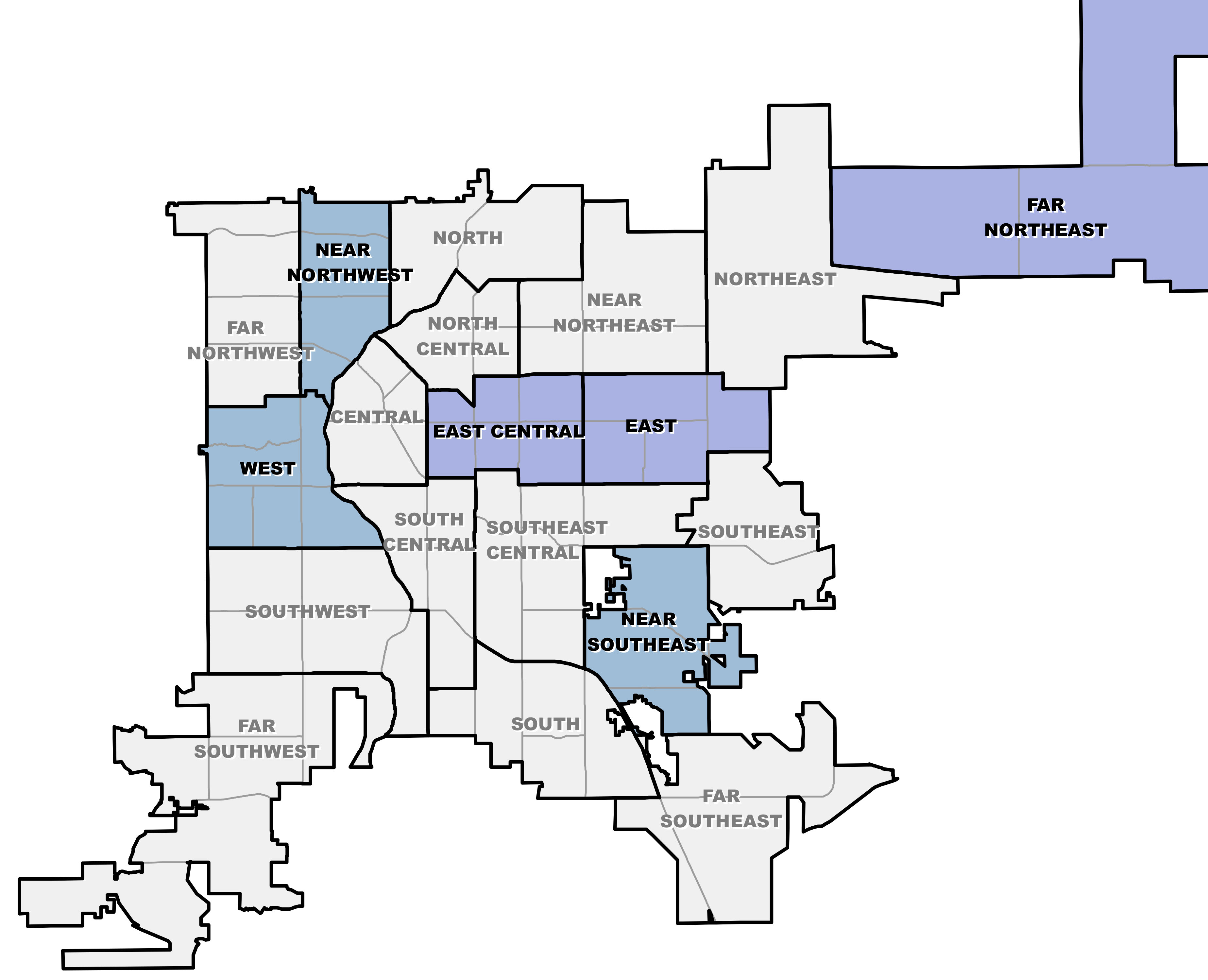 Read about the neighborhood planning areas at the links below.

How were planning areas created?

Neighborhoods were analyzed and then grouped together after carefully considering the following elements:

How were planning areas were prioritized?

An analysis of neighborhood indicators (see map below) was among the factors that helped determine which areas of the city should be prioritized for plans. Several other factors were also considered:

Near Southeast: Goldsmith and Indian Creek have relatively high indicators scores. All neighborhoods in this grouping have either no plan or outdated plans. Opportunity to establish a unifying vision for the Evans Ave. corridor.

West: Valverde, Villa Park, West Colfax, and Sun Valley have relatively high indicators scores. Change is occurring, and most neighborhoods in this grouping have outdated plans. Opportunity to apply knowledge gained from East Central and East planning processes to the W. Colfax corridor and the W light rail line.

Near Northwest: High indicators scores and rate of change in Jefferson Park and Highland. Most neighborhoods in this grouping have either no plan or outdated plans.

What can your neighborhood do while waiting for its NPI Plan?

The planning area pages provide a guided list of activities to conduct while neighborhoods are waiting for a planning process to kickoff. Activities that residents can undertake prior to plan kickoff include: 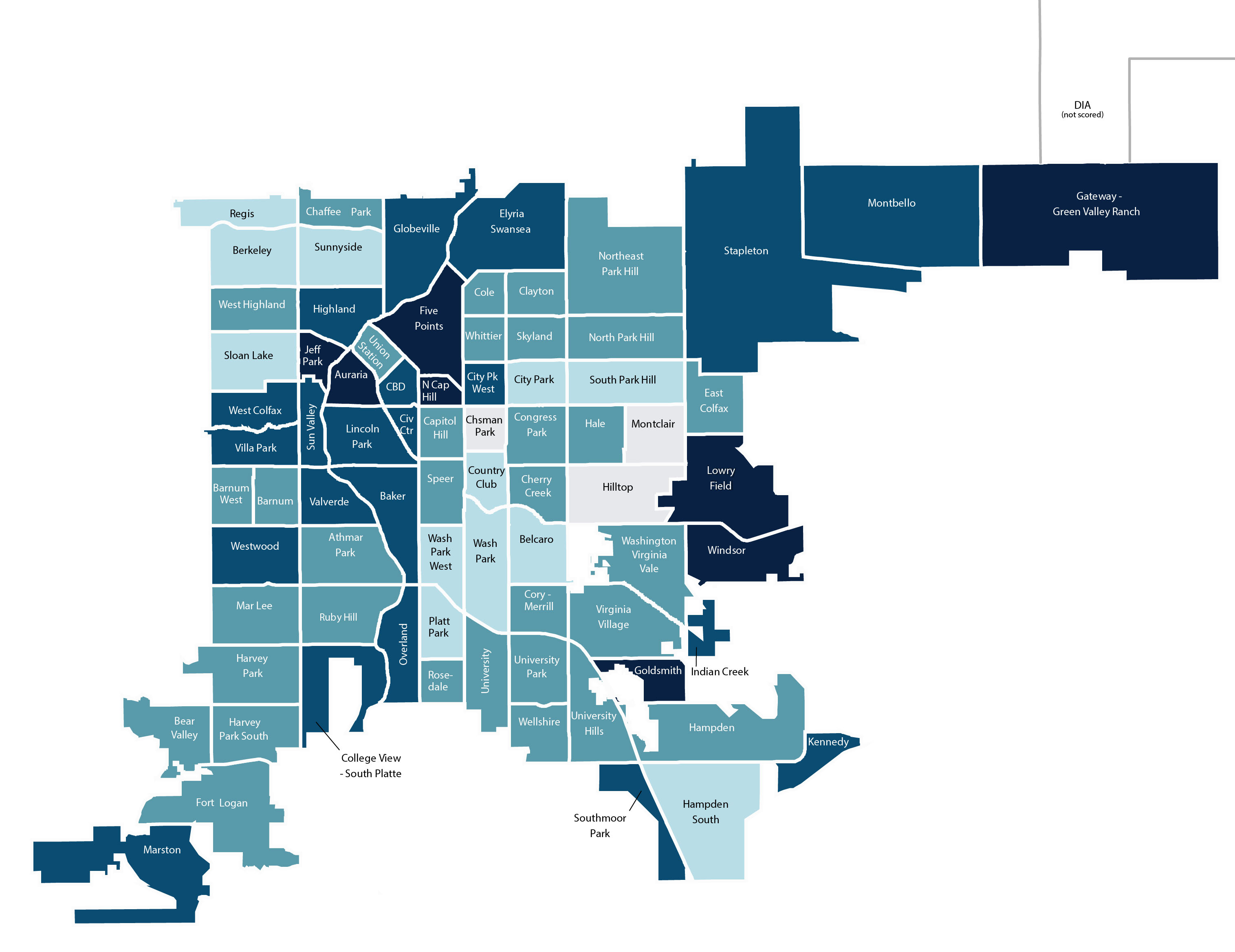 In later phases of NPI, it is anticipated that many of the indicators may be re-purposed, or new ones may be added, to measure neighborhood progress over time and to track progress toward achieving specific plan goals.

For detailed descriptions of the indicators, see the table below. 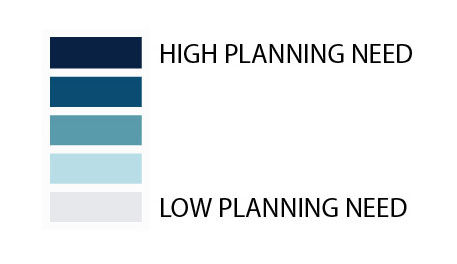