The Downtown Design Advisory Board was established in 2019 by an amendment to the Denver Zoning Code that created zone districts for the Central Platte Valley - Auraria District.

The seven-member board has design review oversight of proposed projects in the Central Platte Valley-Auraria and Arapahoe Square areas of downtown Denver and serves as the next step towards a more consistent and comprehensive design review system for all of downtown.

Impact of COVID-19 response on Downtown Design Advisory Board

The health and welfare of our community is extremely important to us. Mayor Michael B. Hancock has required that all gatherings of more than 10 people be canceled or postponed until after at least May 11, 2020.

With that in mind, the Downtown Design Advisory Board will be holding meetings in the near future using an online platform accessible to the public. Information on each meeting will be posted one week before the meeting date. If you have questions about how this may directly impact your project, please contact DowntownDesignAdvisoryBoard@denvergov.org.

Please submit comments for board review prior to the meeting via DowntownDesignAdvisoryBoard@denvergov.org.

Board members are Denver residents appointed by the mayor for three-year terms on a volunteer basis. The board consists of: 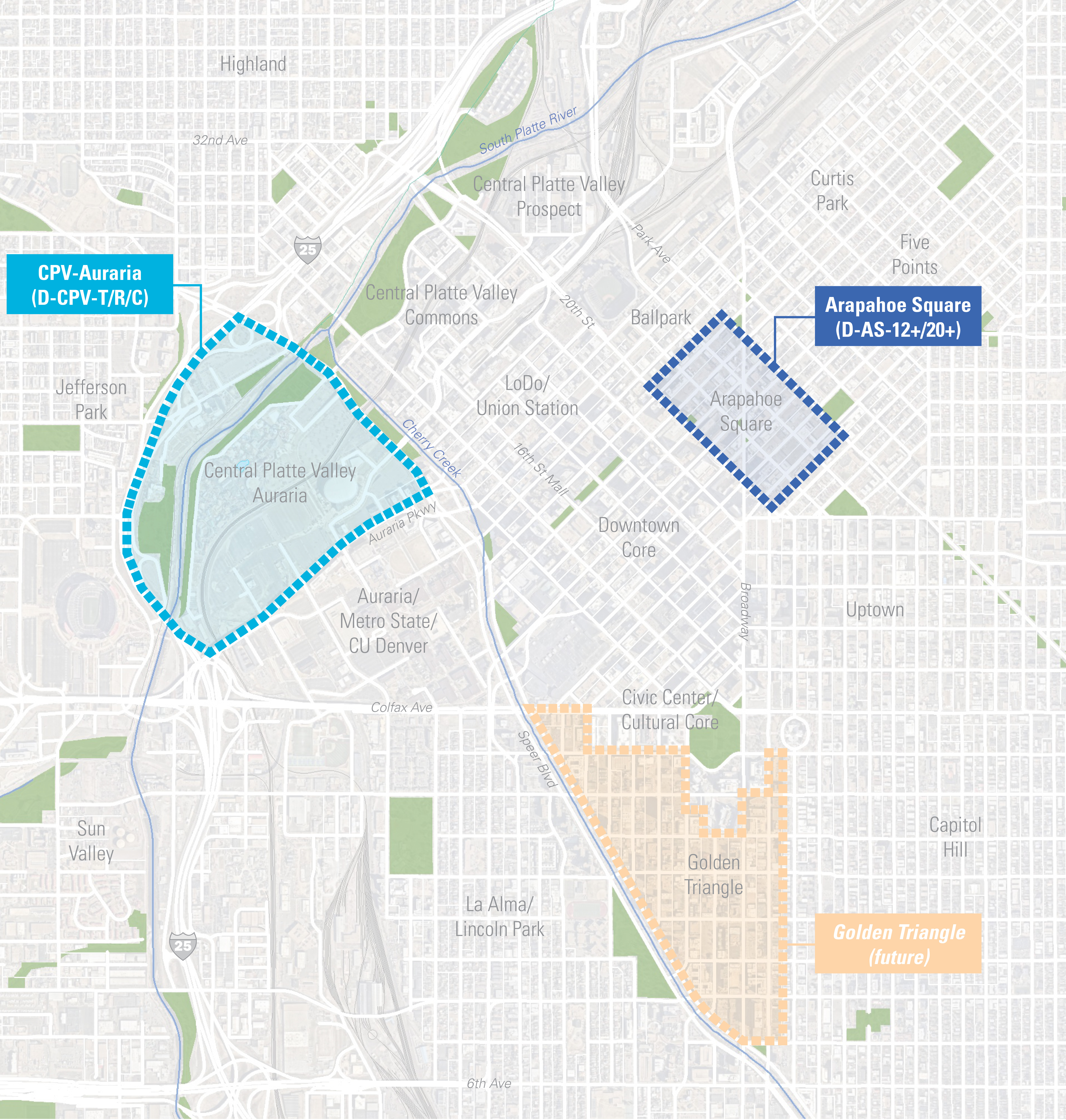 After more than a year of meetings and evaluation, City Council has adopted a new zoning and design review system for the Arapahoe Square neighborhood, located just north of the Downtown Core. The system promotes the vision of the 2011 Northeast Downtown Neighborhoods Plan (PDF) for a densely populated, vibrant, mixed-use neighborhood. The new zoning and design review system became effective August 23, 2016.

Appointment of the Arapahoe Square Design Advisory Board (DAB)

Mayor Michael Hancock has appointed Arapahoe Square's first Design Advisory Board (PDF), which is comprised of stakeholders from Arapahoe Square, the downtown area and the wider community. The board will review proposed projects in Arapahoe Square and provide recommendations to the Zoning Administrator.

The board will meet at 11 a.m. on the second and fourth Tuesdays of each month in the Wellington Webb Municipal Building, 201 W. Colfax. The first meeting will be scheduled in October. Notice of Board agendas will be sent to registered neighborhood organizations (RNOs) in the Arapahoe Square area two weeks before each meeting. Some meetings may be canceled.

Community Planning and Development worked closely with the Arapahoe Square Zoning Technical Task Force to update the zoning and design standards and guidelines that apply to the neighborhood.

According to the Northeast Downtown Neighborhoods Plan (PDF), key elements to address through the new zoning for Arapahoe Square include land use, building height and form, implementation of a five-story datum line, height transitions to adjacent neighborhoods, and re-evaluating design review process and requirements for new construction through the Arapahoe Square Design Standards and Guidelines. The adopted zoning text amendment includes two new form-based zone districts that provide the plan’s recommended height transition from the Downtown Core, with taller buildings possible from 20th to near 22nd and lower height limits closer to Park Avenue West. In both zone districts, height incentives promote buildings with limited visibility of structured parking. The tallest buildings will be slender “Point Towers” with reduced mass above the fifth floor. Zoning requirements also ensure upper story setbacks below the sixth floor on most streets in Arapahoe Square. 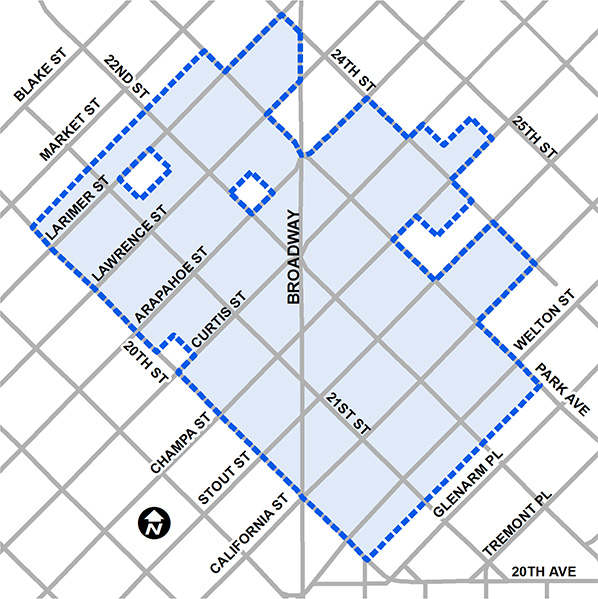 For information on the Arapahoe Square Zoning and Design Standards & Guidelines Project, contact: