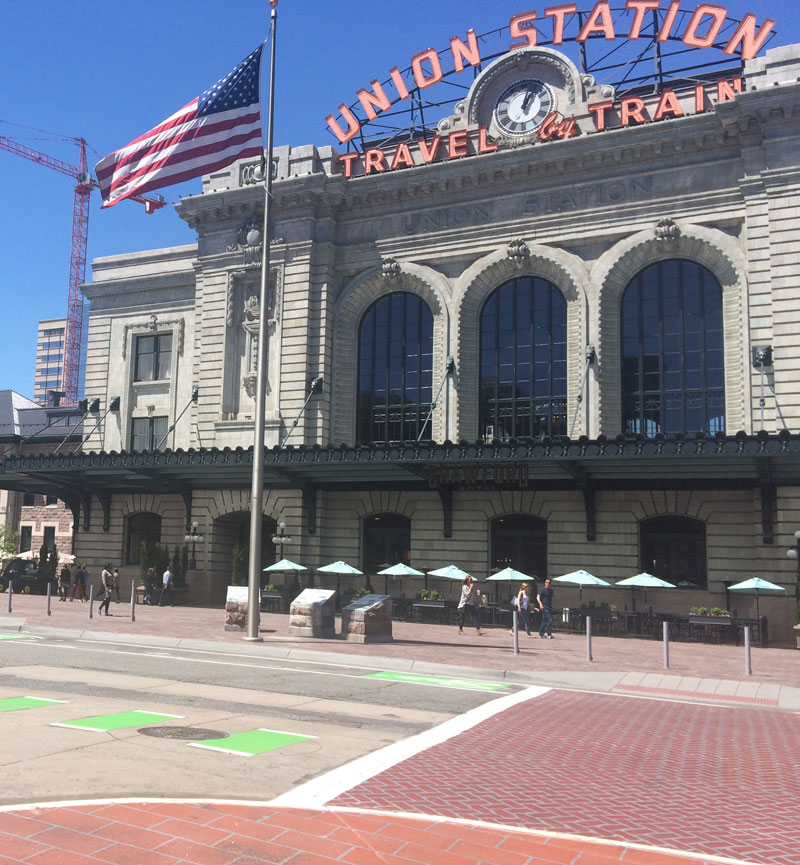 Revenues from Denver Union Station, the city’s multi-modal transit hub which reopened in 2014, have exceeded projections, allowing the City and County of Denver and RTD to refinance existing federal loans worth $300 million. The city’s loan structure will allow payoff several years ahead of schedule and save $10 million over the life of the loan. RTD’s new bonds will save them $6 million per year.

Union Station development has been generating revenues in excess of projections and are currently at levels initially projected to be reached in 2022. In fact, all of the land around the Denver Union Station site is either under construction, completed or in planning stages.

“With 100,000 commuters passing through it every day and the incredible economic and residential growth that has occurred around it, Denver Union Station has become one of our city’s greatest success stories,” Mayor Michael B. Hancock said. “As the area continues to outperform growth projections, we are taking steps to ensure that we are saving taxpayer money by aggressively paying off our debt.”

The city and RTD will split the $300 million remaining balance into a $197 million city loan with a 12-year term and 3.39% interest rate and RTD issued bonds generating proceeds of $94 million. The city expects to pay its loan off within eight years. At that time, it is projected that $31 million of annual tax revenue will proportionally return to the city, Denver Public Schools and the Denver Union Station Metro Districts.

Dave Genova, RTD General Manager and CEO said, “As the title holder to Denver Union Station, RTD is grateful to be a member of such an innovative partnership. This refinancing proves yet again that our partnership has created an excellent caretaker of the public’s finances that are behind the amazing redevelopment of the facility and the surrounding area.”

“On behalf of the Denver Union Station Project Authority Board of Directors (DUSPA), we are very proud of this historic accomplishment,” said Elbra Wedgeworth, President of the DUSPA board. “DUSPA is comprised of civically minded volunteers who have dedicated themselves to working thousands of hours in collaboration to complete this multi-million-dollar project two years ago ahead of time, below budget, and now to provide the administratively efficient structure for these two loans to bring DUSPA’s work to its closure. For DUSPA, the Denver Union Station project is a national model for transportation, but more importantly, this is a legacy project for the people of Denver and Colorado.”