Don Mares is the executive director of Denver Human Services, which provides support to one in three Denver residents to help them build and maintain overall well-being. He also currently serves as deputy mayor of the City and County of Denver for the second time in his career; he previously served in this role in 2016.

Mares is revitalizing Denver Human Services' vision by focusing on supporting a healthy and connected community through the timely delivery of essential services and partnering to build a network of opportunity that identifies root causes and responds to the needs of the whole person and the whole family. Under Mares’ leadership, the department spearheaded a multi-agency effort to strengthen the child safety net for kids in danger by improving coordination between safety net agencies, overseeing the implementation of the Subcommittee for Child Safety into the Mayor’s Children’s Cabinet, and improving the agency’s outreach into communities with the formation of a new division focused on community outreach, engagement, and charitable giving.

Before appointing him to lead Denver Human Services in July 2015, Mayor Michael B. Hancock tapped Mares to head the Office of Behavioral Health Strategies. Denver was the first metropolitan city in the nation to establish such an office.

Previously, Mares served as president and CEO of Mental Health Colorado, the state’s leading behavioral health advocacy and systems-change organization. He also served in Governor Bill Ritter, Jr.’s cabinet as the executive director of the Colorado Department of Labor and Employment. In addition, he was elected to two terms as Denver’s auditor from 1995 to 2003 and served as a Colorado state senator and Colorado state representative from 1989 to 1995.

Mares is an alumnus of the inaugural class of the Aspen Institute’s Colorado Children and Families Health and Human Services Fellowship. The Fellowship invests in visionary leaders committed to making Colorado the best place to have a child and sustain a healthy, thriving family. He is also a founding member of the Caring for Denver Board of Directors, which is developing a strategic plan to identify priorities and distribute funding to local organizations from the Mental and Behavioral Health Sales Tax.

Mares has received numerous awards for his work as a community leader, including his induction into the Denver Public Library Commission’s César Chávez Leadership Hall of Fame (2015), the Mental Health Corporation of Denver Outstanding Political Figure award (1995), Labor’s Community Agency’s Community Service Award (1999), the Junior League Legislative Champion for Children award (1996), and the Hispanic Chamber of Commerce’s Government Advocate of the Year award (2000).

A Denver native, Mares and his wife, Ruth, live in the city and have three children: Melissa, D.J., and Emily. 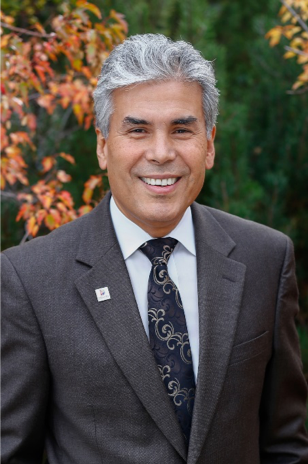