With #BeHuman Stories, we seek to give voice to the lives we touch and those that deliver our services with care, compassion, and commitment.

Overcoming fear and hunger, a single mother fulfills her dreams for her family 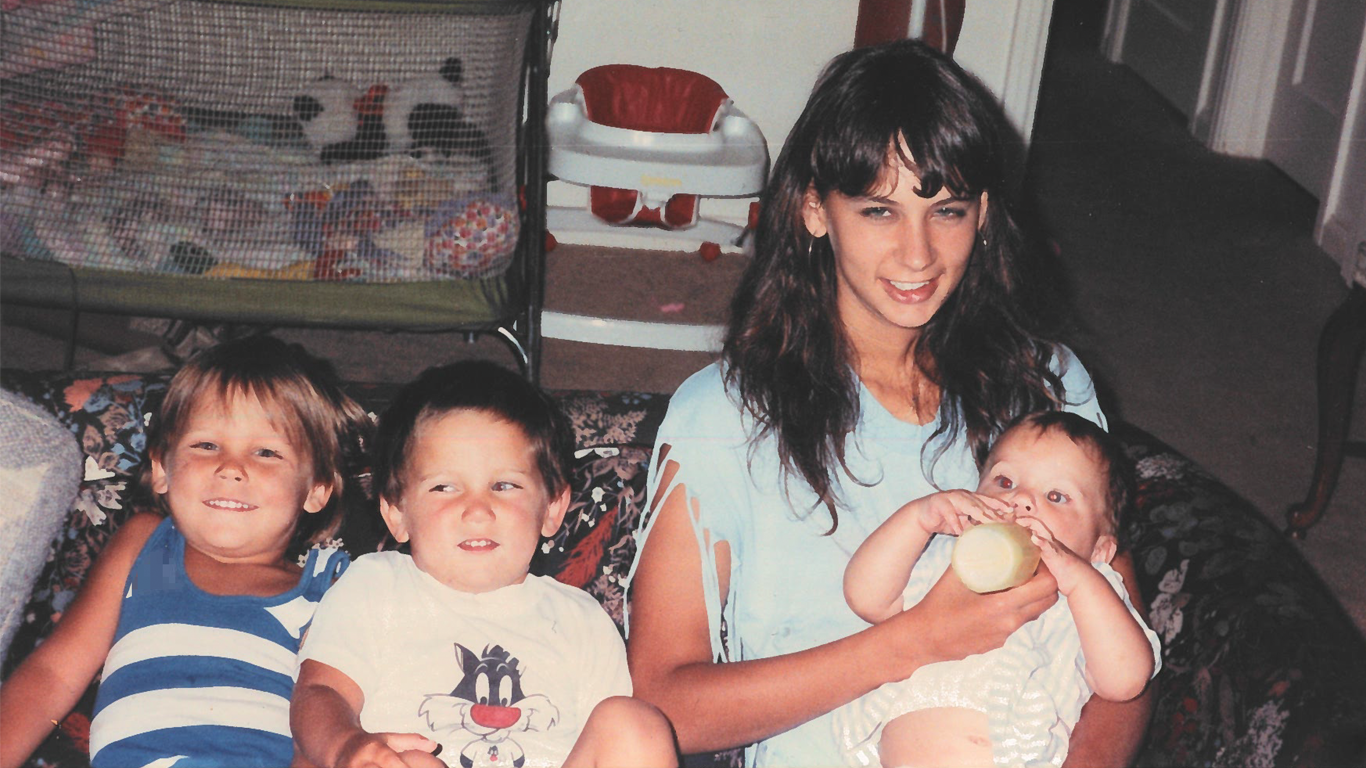 The early days: Angela and her three children start a new life in Denver.

Angela Ackland remembers what it’s like to be hungry and homeless. At age 20, she arrived in Denver with two young boys and a daughter on the way. Unemployed and alone, she opened the phone book to find help.

That single act of courage changed everything.

“It’s not easy to ask for help, especially if you’re feeling ashamed or scared,” she remembers. “But everybody needs help sometimes, and you have to let yourself be included in that and ask.”

Angela’s journey to Denver hadn’t gone as she’d hoped. After separating from her husband, she decided she needed to leave the small Illinois town where she’d been raised to make a fresh start. She’d been earning $3 per hour at a local doughnut shop and lived in constant fear of the water or electricity being turned off.

Since there was little opportunity where she was, Angela secured temporary housing in Denver, packed up her kids and hopped in a car with a family friend who was visiting Colorado. Her plan was to find a good job and build a stable life for her children.

“When I got here, reality smacked me,” she says.

Her housing fell through, and, without a high-school degree, it was no easier to find well-paying work in Denver than it had been back home. With little money for food or other necessities, Angela didn’t know how she and her children would make it.

Fortunately, she was referred to Dolores DeVargas-Schoonover, a caseworker at a partner agency to Denver Human Services. In short order, Dolores and her colleagues connected Angela to food, medical, housing, and child-care assistance. She was also referred to The Learning Source so she could earn her GED.

She did so well in her GED program that the instructors asked her to give the commencement address. She spoke about overcoming barriers, with her two young boys listening in the audience.

In the years that followed, Angela attended the Community College of Denver, reconciled with her husband, completed an internship at Denver Human Services, and decided she wanted to spend her life helping people in need, just as she was helped when she needed it most.  With that goal in mind, she accepted a full-time job with Denver Human Services, where she’s worked for more than 20 years.

Then and now: Angela introduces her new daughter to her brothers (left). A proud grandmother today, Angela holds her grandson with her two grown boys nearby (right).

In hindsight, Angela can see how one step led to another, but there were plenty of setbacks and hardships along the way, she says.

She was raising three children, attending school full time, working at Denver Human Services and traveling back and forth on the bus between home, school, work and child care. Then, her son was injured in an accident, forcing him to undergo dozens of surgeries and years of intensive physical therapy.

“Sometimes, I don’t know how we did it, and there were many days when I thought about giving up,” Angela says.

In addition to the obvious challenges she faced, she had to counter the voice in her head that told her she couldn’t do it. She remembers the terror of starting college, the anxiety of learning the bus system in a new city and the constant struggle to be there for her children while studying and doing her homework at night.

It was never easy, but her caseworker, family, and friends urged her to “keep on keepin’ on.”

“I credit Dolores for holding my feet to the fire and making sure I did what I needed to do for myself and my family,” Angela says. “At the same time, she had compassion and never judged me. She saw my potential and kept saying, ‘Yes, you can! Yes, you can!’ ”

Today, nearly 30 years after she placed that anxious call for help, Angela can look back and know she’s achieved all she set out to do.

Her children are raised and her home overflows with visiting family and friends. The hard times were real, but the struggles brought them closer and made her who she is today. 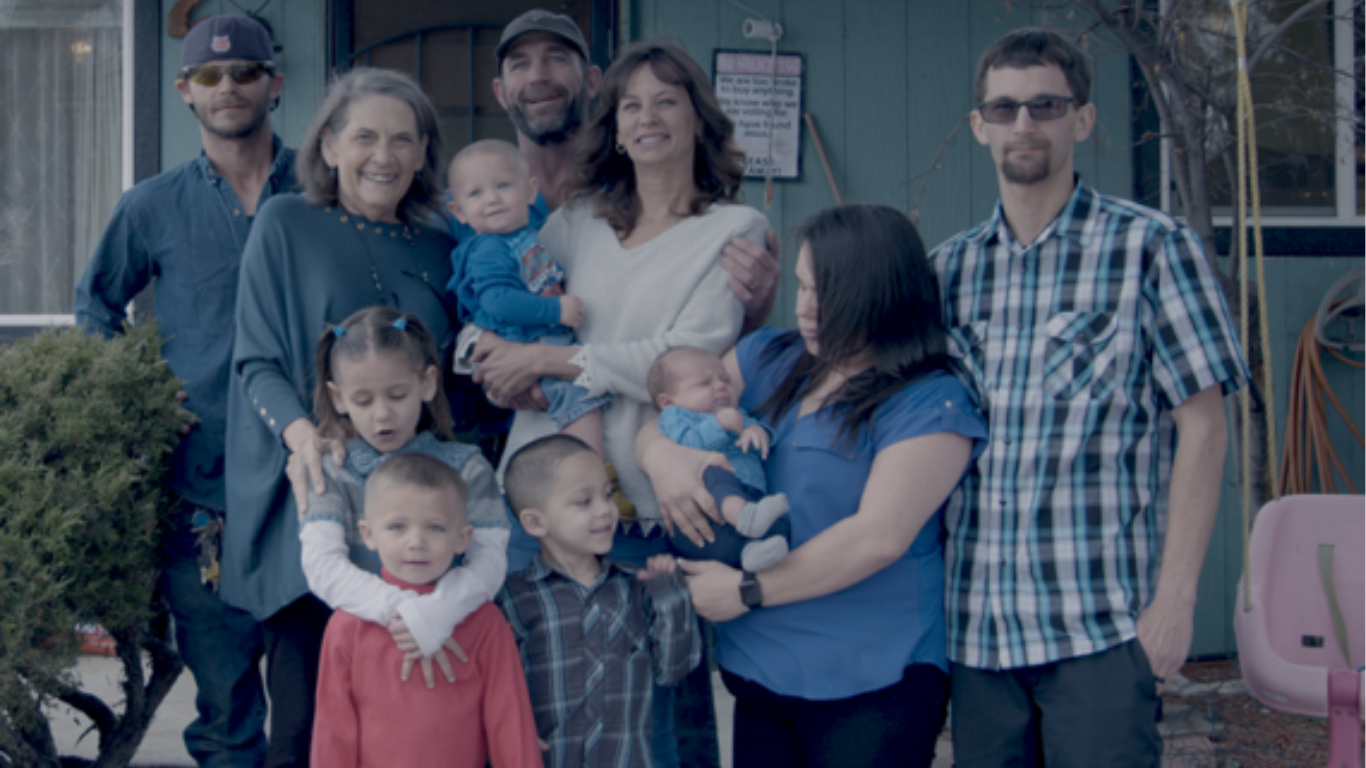 When Angela goes to work each morning, she celebrates the chance to help children and families facing challenges like she did. She sees her own family in their struggles and believes that, with hard work and support, they can achieve their goals, too.

“What I want people to know is that if I can do it, you can, too,” she says. “People are willing to help—so reach out and let us. You’ve got this!”

How can we support you in achieving your goals?

If you need food, medical, employment, child care or other support, please call us today to schedule an appointment with a Denver Human Services resource navigator. You can reach us at 720-944-4DHS (4347), or visit one of our offices between 8 a.m. and 4:30 p.m., Monday through Friday.

Overcoming fear and hunger, a single mother fulfills her dreams for her family.

Human Together: Client Stories
Feb. 4, 2019
Some of our clients and their caseworkers describe the impact our services have had on their lives.

Human Together
Jan. 31, 2019
With the help of Mayor Michael B. Hancock and numerous community and city partners, we introduce our strategic vision framework and support for immigrant families.

#BeHuman: I Am DHS
Jan. 8, 2019
Our employees describe the unique challenges, opportunities, and rewards they encounter in their daily work.