Please send all voter registration forms to voterregistration@denvergov.org. Please direct all election-related inquiries to the Denver Elections Division via email at elections@denvergov.org or call 720-913-VOTE (8683) or visit a Vote Center near you.

The Clerk and Recorder

As the elected Clerk and Recorder for his hometown, Paul D. López is a passionate advocate for empowering all Denverites to participate in the civic participation process.

Prior to serving as the third ever elected Clerk & Recorder for the City & County of Denver, Paul served as the youngest elected City Council member for three terms representing his home district three in Denver’s west side neighborhoods.

Paul D. López is a proud graduate of and the Denver Public Schools and the University of Colorado at Denver.  Paul worked multiple jobs to put himself through the University of Colorado at Denver, where he helped to improve recruitment, retention and graduation of low-income students. After graduating, he focused his work as a community organizer to protect affordable housing and increase access to public health care. As a labor organizer for six years, he fought against employers who violated workers’ rights by organizing thousands of Denver-area janitors in accessing better wages and employment conditions.

He led numerous voter registration efforts throughout Denver to increase voter participation in areas with low turnout – realizing his home precincts were among the lowest and often overlooked.

For six years, Paul served on the Board of Directors for the National Association of Latino Elected and Appointed Officials focused on building civic participation—from citizenship to public service.  His work at NALEO prepared him to lead the Denver 2010 Census Complete Count Committee and chair the Council’s redistricting committee.

During his time on Council, Paul was recognized with the “Wellington E. Webb Political Award” by the Colorado Black Chamber of Commerce, and the “Vale la Pena Award” from the Boy Scouts of America. He also received an “Honor and Appreciation Award” from the Vietnamese Community of Colorado, NEWSED’s 2010 “Civil Rights Award,” and recognition for “Excellence in Local Support” from the Denver Indian Center. In 2011, he was designated as an emerging leader by President Barack Obama’s White House, and his work has been featured by major media outlets in the US, Europe and Latin America.

If you ask him, his proudest moments always happen as he empowers his dedicated staff and community leaders to lead. Paul is a loving father to his daughter, Nayeli and continues to live in the west side neighborhood of Villa Park.

The City Clerk leads the Clerk and Recorder’s government relations, including serving as the legislative liaison to both Denver City Council and the General Assembly, coordinates with the City Attorney’s Office for the Office’s legal and policy needs, manages various required reports like campaign finance, lobbyist disclosure, and gift reports, and answers internal customer questions to ensure compliance with applicable law.

The City Clerk ensures City Council ordinances, resolutions, and contracts are executed correctly and in a timely manner. The City Clerk also preserves and disseminates records, and makes that information available online to the public and other city agencies.

The Public Trustee Department administers foreclosures according to the law and sells homes at auction, when necessary.

The Recording and Marriages Department issues marriage licenses and records documents like Deeds of Trust for people’s homes.

Translate This Page
Call us

"To be regarded as the most customer-centric and trusted clerk & recorder team in the state of Colorado."

"To provide customer friendly processes that are efficient and transparent, records that are easy to access, and elections that are accurate, secure and convenient for voters."

Office of the Clerk & Recorder 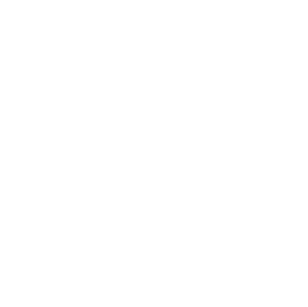