Living in Denver can be just as rewarding as your career as a Denver Police Officer. There are numerous indoor and outdoor activities to enjoy on your down time, a weekend getaway to the mountains for camping, fishing, hiking, and of course skiing. You will find no limit on what you can do. For those who prefer to stay in the city, there are many bike paths and light rail trains through the Denver metro area. Denver has four major sports teams including the world champion Denver Broncos, the Stanley Cup winning Colorado Avalanche, the Denver Nuggets and the Colorado Rockies, which brings year round opportunities for live sporting events. Denver also has a wide variety of restaurants from high end steak houses to fast casual restaurants. The restaurant scene in Denver will always keep you wanting to sample more of the fine cuisines that Denver has to offer. The city of Denver also provides many cultural activities such as Elitch Gardens Amusement Park, the Denver Zoo, the Denver Botanic Gardens, the Denver Museum of Nature and Science, the Denver Art Museum and the annual Denver Stock Show.

For detailed information and resources about living in Denver, vist www.Denver.org.

DENVER AT A GLANCE

The Denver Police Recruiting Unit would like to present a unique writing by Catherine Workman regarding various activities for you when you relocate to Denver for your new career.

The Essential Denver: What to Do in the Mile-High City

Denver, the capital and most-populous city in Colorado, has cemented itself as a vacation hot spot. Between its inviting scenery, top-notch food and beer, and opportunities for truly unique experiences, Denver really does have something for everybody.

If you’re planning a trip, consider some of these only-in-Denver experiences.

No Denver travel list would dare leave out Red Rocks. The stunning open-air concert venue, first opened in 1906, sits about 10 miles outside of the city. With amazing views of its signature rock formations, Red Rocks hosts a who’s who of top music acts every year. Even if you don’t find a show to suit your fancy that’s playing during your visit, it’s worth checking out for the scenery. It’s a venue unlike anything you’ve ever seen.

Very few cities in America offer a better beer tourism experience than Denver. If beer is your thing, you can’t miss the breweries in Denver. Home to dozens and dozens of craft breweries both inside and just outside the city, Denver’s beer scene is one of the best in the world. Both EPIC and Great Divide brewing companies are must-sees. Even if craft beer isn’t your thing, a half-hour bus ride to Golden, Colorado would put you at the original Coors Brewery (which offers a free tour).

The beautiful Italian renaissance-style building that houses the Denver Mint is a must-see for history buffs. The Mint, which produced its first coins in 1906, is one of the country’s four working mints today. It can now produce more than 50 million coins per day.

Denver is home to two iconic sports venues - Coors Field, home of Major League Baseball’s Colorado Rockies, and Empower Field at Mile High, home of the National Football League’s Denver Broncos. If you love sports and visit during the right season, a trip to see a game at one of these venues is a must.

5.) Wings Over the Rockies Air and Space Museum

Aviation nerds and novices alike can appreciate one of the coolest museums around - the Wings Over the Rockies Air and Space Museum. Located in a 40,000 sq. ft. hangar first constructed in 1939, the museum keeps dozens of military and civilian aircraft. There’s even a Star Wars X-Wing Starfighter - you know, if that’s something you’re into.

For walking, shopping, and dining that’s purely Denver, look no further than Larimer Square. It’s the city’s oldest and most historic block, and there you’ll find yourself immersed in the rich history of the city. Home to some of the best dining and drinking in the city, you can also opt to take a walking tour in which you’ll learn the deep history of the area while taking in some Denver architecture.

You’re in Denver, and yes you can see the mountains from the heart of the city. But you’re there for a reason. Get out and experience the many tours, trails, and scenic drives the surrounding areas have to offer! Whether it’s the Cherry Creek bike trail or the Mount Evans Scenic Byway, you’ll regret it if you don’t take advantage of one of the main reasons Denver is so great.

Very few cities have as strong of an identity as Denver - so whatever you do you’ll feel like you’re having a Denver experience. 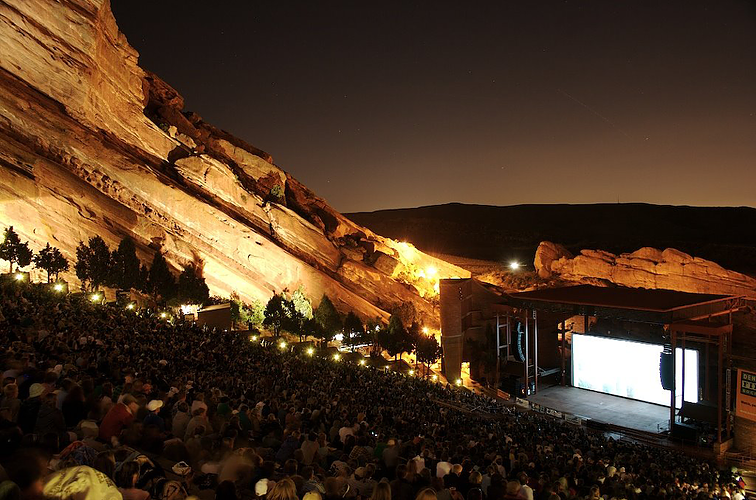