The Denver Commission on Aging helps to make Denver the best community for older adults through outreach, communication and advocacy including:

Denver Commission on Aging meetings take place the third Thursday of every month from 9:30am-11:30am.

Adam Dempsey is one of the new members to the Commission on Aging. A long time Denver broadcaster, movie network and public television producer, and former retail marketing executive, his key interest is keeping the board in touch with the shift Boomers are making on aging in America. His previous community service has included the Children’s Museum, the Colorado Black Health Collaborative, and the RTD Consumer Affairs Board. 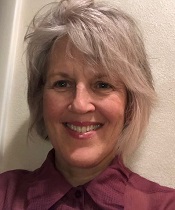 As the youngest of seven, with an age span of 19 years between the oldest and the youngest, Teresa has long been accustomed to being around ‘older’ people and the challenges and wonders it presents.

Her goal in joining this commission is to help all agers to live as meaningfully and healthfully as possible. Her particular interest is in keeping people working – learning, thinking, participating – doing.

With a background in adult education and training, including teaching ESL to delightful people from all over the globe, she currently works for Denver’s Economic Development & Opportunity, where she manages a back-to-work program for older adults in partnership with the AARP Foundation and serves as co-chair of the Workforce Development committee of the state’s Strategic Action Planning Group on Aging (SAPGA).

Teresa keeps on doing in her own life by including the things that may be rather quirky for an older person, such as going to Burning Man or having the goal of climbing Mt. Kilimanjaro. She may make it, and good genes help: her mom is a fast-approaching centenarian.

Doug is a three-time book author. Doug is host of his talk radio show entitled, “Leading Change Without Resistance”.

For the last 20 years Doug has been designing and implementing effective national health AND care improvement initiatives.

Doug’s breakthrough process work has been applied successfully with three Governor’s Cabinets, top executive teams at FBI, Medicare/Medicaid, NOAA, NASA, U.S. Marshals and all 50 Admirals in the U.S. Coast Goard, as well as numerous executive teams in the corporate arena.

Claire Martin has spent most of her life as a storyteller, primarily for daily newspapers. She has written obituaries that have attracted national and international attention, and she has a love for digital storytelling, thanks to a workshop she took through the Center for Digital Storytelling.

Claire has developed an expansive network of people in scores of different fields. She has a knack for ferreting out interesting stories. In her work as a newspaper reporter, she made it a point to reach out to demographically diverse populations to share perspectives of lives that often surprised the Denver Post’s predominantly white older readers.

She has contacts in the Latino, African American, Middle Eastern, African, and Asian communities, including a well-heeled second-generation Japanese-American man whose Citizen of the West profile I wrote for the Denver Post, and impoverished refugees.

Claire joined the Commission on Aging because she wants to make this a better community for everyone who is getting older. (Which is everyone on this side of the ground, but she especially wants to help people whose voices are drowned out by the super wealthy.)

In her spare time, she reads a lot, in print and online. She loves David Attenborough, Philip Pullman, Bruce Springsteen, and bluegrass music. April first is her second-favorite holiday.

Tony has worked for the Cherry Creek Arts Festival team from October 2000 to the present. Tony’s life’s profession, passion and successes lie in the art and business of building and connecting community. This is accomplished via relationship development, marketing, PR, communications, logistics, sponsorship, financial management and more.

Tony's love of community development officially began with his experience with the 1996 Atlanta Summer Olympics Games, and his myriad of professional community and business experiences range from being the Special Events Manager for a municipality, to the Colorado Dragon Boat Festival to the Downtown Denver Parade of Lights, as well as many volunteer services for festivals, events, boards of directors and civic commissions including the Denver Commission on Cultural Affairs.

Are you interested in joining the Commission on Aging?
Apply online today!