The Denver Lesbian, Gay, Bisexual, Transgender & Queer Commission (LGBTQ) Commission partners with the community to advance social, economic, and political equality for lesbian, gay, bisexual, transgender, and queer people using its unique position within the City and County of Denver.

The LGBTQ Commission meets on the 2nd Tuesday of each month.

Note: All commission meetings are open to the public.

Lauren Cikara is a Community & School Specialist at the Colorado School of Public Health, CU Anschutz Medical Campus. In her role she works with schools and districts to participate in the Healthy Kids Colorado Survey (HKCS), a youth health and well-being survey. She works with districts and community agencies to understand and use the results to make data informed decisions around supporting adolescent health.

Lauren joined the LGBTQ Commission to amplify the voices of all LGBTQ people in Denver, especially youth voices, through intersectional lenses and opportunities. She enjoys hiking, exploring the Denver art and music scene, and craft beer.

Sam Field holds a License in Professional Counseling (LPC) and 10+ years in working with diverse populations.  Sam has traveled the world studying and working towards implementing accessible and inclusive healthcare. Part of her work as therapist is working closely with the community to advocate and educate around LGBTQ Inclusion.

As a Queer identified woman, Sam’s identity has radically informed her personal and professional world. Sam joined the commission because she is passionate about not only being a therapist in the office but a community organizer outside of the office. She believes her social justice work must be tied to her work as a therapist. She looks forward to working with the commission on ensuring a healthier, safer, and happier city for the LGBTQ+ community.

Tristan Gorman is a partner at Gorman & Zuckerman, LLC.. She is a criminal defense attorney with a focus on representation of the indigent accused of crimes.

Gorman joined the commission to advocate for the Denver LGBTQ Community through involvement with municipal government, working with non-profit organizations, and pushing for LGBTQ-inclusive policy in all aspects of our city. She offers legal and legislative input and assistance through her professional network to achieve equality and inclusiveness in Denver.

Tristan is a member of the Colorado Criminal Defense Bar, the Colorado LGBT Bar Association, and The Center’s Access to Justice Program.

Arash Jahanian is a staff attorney with the ACLU of Colorado. Arash uses legal advocacy to protect and advance the civil rights of Coloradans, including immigrants, victims of police and prison misconduct, and members of the LGBTQ community.

Arash joined the Commission as part of his goal to support and advocate for the LGBTQ community in every way he can.  He believes in the power of government to do good and serve the community.  He has enjoyed the work of the Commission in acting as the community’s voice to the Mayor, and in turn working with the Mayor to help improve the lives of LGBTQ Denverites.

Arash is a Kansas City native who enjoys music, sports, and running. His is an alumni of the University of North Carolina and Georgetown University Law Center. Froom 2003 to 2005, Arash taugh middle school in Chicago Public Schools as a Teach for America corps member. He has been practicing law since 2008 and is the past president of the Colorado LGBT Bar Association.

Dana Juniel is co-owner and founder of Paparazzi, a local event entertainment company where she is responsible for day-to-day operations, marketing, and event coordination. Dana is also a program coordinator for the Denver Council on Foreign Relations where she manages all administrative, communication and data management tasks for the membership-based council.

Juniel is a Denver native and believes that if people want to see change in their communities, they must be active participants in that change. Because LGBTQ people of color are severely under-represented in local government she felt it was important to have a seat at the table and hopefully give a voice to black women in the community who are often overlooked.

Dana spends much of her time with her wife, witnessing the world through the eyes of their 3-year-old son.

Jason Marsden is Executive Director of the Matthew Shepard Foundation, a civil rights and diversity nonprofit dedicated to replacing hate with understanding, compassion, and acceptance. He oversees the organization's programming, finances, personnel and help the Board of Directors chart the future strategic direction of the organization.

Marsden joined the commission out of a strong belief that the most important functions of government occur closest to the people themselves. By establishing volunteer, citizen-led advisory board and commissions, the Mayor's office encourages deeper engagement in issues experienced by our many diverse and intersecting communities. He enjoys facilitating that process.

Jason is an avid camper and hiker in the warm weather months and enjoys travel, reading, television and film, and civic engagement.

Galen joined the LGBTQ Commission due to her passion for advocating for LGBTQ people, and trans folks. She hopes to offer insight into the transgender experience in Denver and support the commission's focus on public policies that ensure LGBTQ access and inclusivity across Denver.

When she isn't working, Galen plays guitar and sings in a local band, Ersatz Robots, and writes about trans issues/lives.

Leah began her professional life working with youth aging out of foster care and homeless youth and she has dedicated her career to addressing the needs of under-served communities.  She worked for over a decade in the nonprofit and public sectors at organizations such as The Hetrick-Martin Institute, Harvard University, and the New York City Department of Education, where she oversaw a broad range of community partnership and external relationship work.

After moving to Colorado, Leah served as the Strategic Partnerships Officer with the Gill Foundation strengthening partnerships with allied foundations, individuals, and institutional partners to advance progress nationwide. She currently serves as a Program Officer with Voqal, an organization dedicated to building a more engaged public to effect progressive social change.

Leah holds a bachelor’s degree from Brandeis University. In her spare time, she and her wife try to wrangle their toddler twins and 100-pound dog.

Robert Schleper is an English teach and is the director of the Instructional Services Advisory Team with Denver Public Schools.

Robert earned his doctorate in educational leadership from New England College in 2016. While living in Boston he received educational licensure at Northeastern University through its Master of Arts in Teaching program. He also earned his master’s degree in professional teaching, and bachelor’s degree in journalism and English, both from John Carroll University in Cleveland, Ohio.

Robert was interested in joining the commission because of a deep passion for equity and access, particularly with high school students in Denver. Serving students has always been central to his work, and addressing disparities within the community concerning critical issues surrounding the lives of youth and young adults has motivated this work.

Robert is an active skier, hiker, and is interested in community service and the arts. Robert was previously a city councilman in suburban Cleveland, Ohio, and enjoys working on his home and in his garden. He and his husband Thomas live in the South Park Hill neighborhood of Denver, with their two schnauzers.

Sable Schultz is the Transgender Program Manager at the GLBT Community Center of Colorado where she oversees transgender programs, including support groups, providing resource referrals, and doing transgender awareness training for businesses and organizations.

Schultz joined the commission to provide a voice for the transgender community and to make sure we as a city aren’t overlooking other communities in our work.

Mike Taylor is a Senior Investigator with the Colorado Public Defender's Denver Trial Office. His job is to be an asset to his attorney with the successful resolution of client cases.

Taylor joined the LGBTQ Commission to advocate for the LGBTQ community of Denver. He hopes to offer anything he can to further that goal.

Mike spends a lot of time with his godchildren, exposing them to all sorts of various cultural experiences and teaching them how to cook. He truly loves cooking and enjoys exposing others to that same joy!

Darrell Vigil is the Chief Executive Officer of Colorado Health Network (CHN), a statewide community based, not for profit health services organization serving people living with HIV and other health conditions. CHN is headquartered in Denver, with additional offices in Colorado Springs, Pueblo, Fort Collins, Greeley and Grand Junction.

Darrell serves on the LGBTQ Commission because the LGBTQ community has been disproportionately affected by HIV and he has a passion for advocating for their needs. In addition to serving on Mayor Hancock’s LGBTQ Commission, Darrell is a past member of Governor John Hickenlooper’s HIV Care and Prevention Coalition. Darrell currently serves as Vice President of the board of directors of La Clinica Tepeyac, a clinic providing medical services to the underserved population.

Darrell enjoys running, biking and other outdoor activities. He resides in Denver with his long-time partner, Ken.

ASL Version of This Page 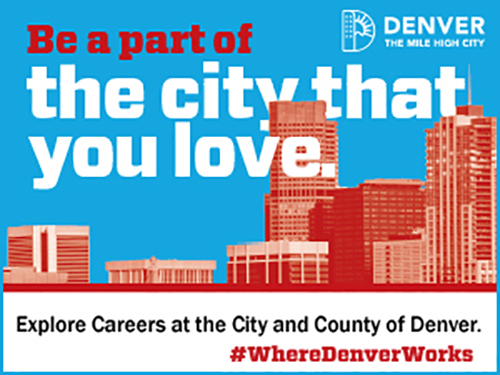