West Denver Activist Nettie Moore: ‘Been There, Done That and Seen It All’

As a resident of the same West Denver neighborhood since 1927, Nettie Moore can truly say she’s seen it all. And she has several thick binders bursting with historic photos, old newspaper clippings and hand-written letters to prove it. But Nettie’s life story is remarkable not only because of the whopping changes she’s seen in the last nine decades, but rather because of her steadfast commitment to projects that have made a lasting difference in her neighborhood. A long-time community activist, she’s known for speaking up for her neighbors and their needs. She has been the recipient of numerous awards for her advocacy work and even has a city park named after her.

“I always told people I'm lady every step of the way, but I think like a man. So I've gotten a lot of respect through the years,” says Nettie. “Whether it’s Michael Hancock, [John] Hickenlooper, [Wellington] Webb or anybody that’s ran Denver throughout the years, I guess I’ve been there, done that and seen it all.”

Nettie sat down with #IAMDENVER to share her notebooks, to discuss her life’s work and why she believes it’s so important to get involved in your own community. 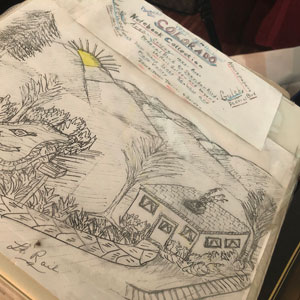 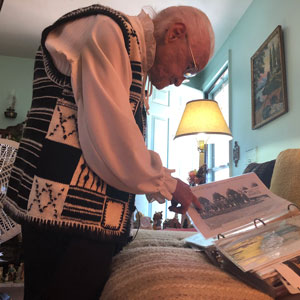 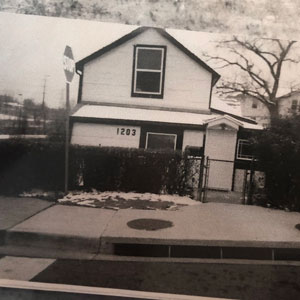 How the Nettie Moore Playground Came to Be

One of the things that Nettie Moore is most proud of the eponymous playground that sits just across the street from her Utica Street home. In this video, she explains how the Nettie Moore Playground came to be and how it got its name.

I was a Denver lunchroom manager with the Denver Public Schools and I put in 28 years. It was great because, I'll tell you why, to me, I love the kids.

But, like I say, I, I just liked the kids. And one thing I'll always remember when I was at North, this one high school boy was kind of helping himself a little bit and I said, “Nah ah ah,” with a smile. He said, “But ma'am, the Bible says you don't live by bread alone.” It was very hard for me to keep a straight face. Where do you hear that from a high school boy from something from the Bible?

On Standing Up for Her Neighbors During RTD Construction

But anything from Colfax through this area, they come to me, ‘Hey, you know what's the trouble?’

I guess how I would summarize it, tremendous meetings. You would go before city council, you would get the neighborhood groups like Sloan's Lake or whatever, or the greater Avondale Heights. The two groups that I belong to and participated held an office.

Celebrating Indigenous Peoples Day: "We Were Denver Before Denver Was Denver"