Westwood Artist 'Made it out Alive' and Now Paints to Live

For most of Arturo Garcia’s life creating art was merely a hobby until a near-death experience made him reflect on what he truly wanted to do with the rest of his days.

Garcia is from a small town along Lake Chapala, Mexico, and describes his upbringing as “a Tom-Sawyer like childhood.” Being  surrounded by nature and wildlife gave him an appreciation for conservation which would later become a prominent theme in his paintings.

Garcia’s family migrated to the United States in the early 90s. He finished high school in Denver and after spending some time traveling, he returned to the Mile High City in 2008 to raise a family and establish roots.

But in 2012 a cancer diagnosis would forever change his life. He spent two months in the hospital where he thought he would be spending his final days. While laying in a hospital bed, he had the realization that if he ever recovered he would spend the rest of his life painting.

Eight years later, he owns an art studio and gallery on Morrison Road in Westwood where he works as a full-time artist. Through his work he depicts not only gratitude for life, but also brings awareness to wildlife conservation and Indigenous culture.

Video and photos by Emily Maxwell 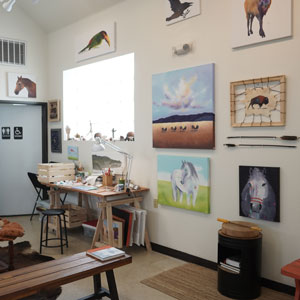 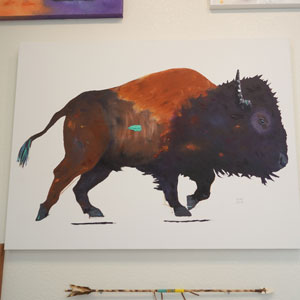 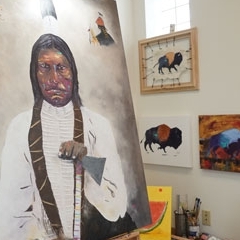 West Denver Activist Nettie Moore: 'Been There, Done That and Seen it All'