The 23rd Avenue Sculpture Studio has been a mainstay on 23rd and King Street in the North Denver neighborhood for the past 26 years. Explore the studio, learn about the artist who started it and find out about his legacy in the stories below. 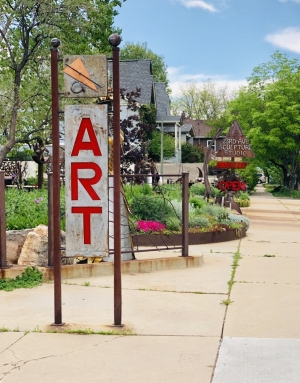 The studio was founded by the late Dennis Alden West, an artist known for his unique designs made of steel. West was a Denver native, a graduate of Holy Family High School, and among the first males to graduate from the now-closed Loretto Heights College with a Bachelor of Fine Arts.

On his corner lot, he built neighborhood camaraderie and solidified his studio as a community centerpiece that would be respected for many years to come.

His work can be found throughout metro Denver. And now, it lives on, with the help of his daughter, Amoreena Corbin, and her husband, Joshua Corbin, who plan to keep that same open-door policy.

In the video above, hear how they plan to continue West’s legacy and why it’s so important to them. And below, we take a tour of the studio to check out some ‘super’ upcoming projects.

LISTEN: The late Dennis West is remembered for the impact he had on his community 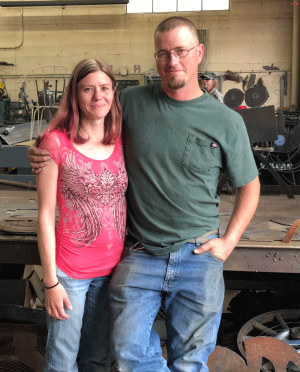 Amoreena Corbin (Dennis West's daughter): “There was this lady at his celebration of life that we had and she was in a wheelchair and she said, ‘I came in on Christmas Eve and my chair was broken and your dad and John worked on it for hours and got it fixed for me and then didn’t charge me anything.’ And it’s just stuff like that that he always did that I think makes this place what it is,”

Amoreena Corbin: “Yeah [she said] it was snowing and they lost a screw and it took them an hour and a half to find the screw and another two hours to fix it,” Amoreena said. “Just that selflessness I think that’s - for me - that’s one of the biggest parts of carrying on with his legacy. Yes, we want to run a successful business. Yes, we want want to, you know, do ok for ourselves in that area. But most importantly just keeping that piece alive - people helping people.”

Joshua Corbin: “Yep, that’s what it’s all about.”