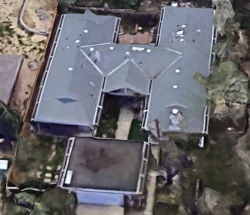 John Henderson was the first African American licensed architect in the state of Colorado. He designed many institutional buildings in the City and County of Denver, but he was most proud of his family home in the Skyland neighborhood, which he designed himself in the shape of an H.

Henderson passed away in June of 2018, but his dying wish was for his home at 2600 Milwaukee Street to be designated as a Historic Landmark. The Denver City Council approved the designation and the I Am Denver team was there, alongside Henderson’s son, Lynn Henderson, as the plaque was placed on the family home.

"He was an extremely sweet, sweet man. Definitely an inspiration and, such a humble man too. He had lived a really great life. He was actually blind in one eye. Despite that he went into the army - after the army, he was able to get a GI bill, which allowed him to go to architecture school. He had gone to school originally to be a teacher, realized that just wasn't for him and he really wanted to fulfill his dream to be an architect. And he did it. He became an architect and became a licensed architect first in Ohio and then decided that climate just wasn't for him and they had family out west. So they were out here. He had an interview with the Fisher and Davis firm and got a job the next day and then started looking for a place to live and discovered this plot of land and decided to build this home. He overcame a lot of obstacles. And so to be able to finally see his architectural legacy become a Denver landmark and a part of Denver's history and Denver Story. Not only one of first, one of the few Denver landmarks at mid century modern home, but also the first licensed African American architect in the state of Colorado being a Denver landmark. Because of that, as well as its architectural significance. I think he would be so thrilled and so humbled." — Shannon Stage, Historic Denver

How a Home Goes Through the Designation Process

"My name is Kara Hahn. I work for Landmark Preservation and Community Planning and Development. I am a historic preservationist and have been doing this for about 17 years. I've always loved history. It's been something that I just, both my parents were historians and when I decided to go into a profession, I wanted to do something that was related to history but also had a really practical implication of being able to preserve history on a larger scale than a museum that looks at small artifacts and preserving small artifacts. And I get to help the city of Denver preserve some of their larger artifacts in the architecture of where they live. Landmark designation works best when it's a community driven process that it's a grassroots community desire to designate whether it's someone who wants to designate their own house or if a community wants to designate a small district or a group of homes. So if the community would like to designate a property or if an individual would like to come forward, they contact our office and we have an initial meeting with them to determine whether their property would meet the criteria, if they would be architecturally or geographically or historically important. If they do, there's a designation application that is written and then we work with the applicant to help them through the process. And eventually it's Denver City Council that approves a landmark application and determines whether it meets the criteria to be significant. So once a landmark is designated, it's difficult for it to be demolished, but there are changes that can be made to the property as long as it's compatible with the historic character of the building. Any changes that are made to a building go through landmark design review as the first step in the permitting process. Any changes that a homeowner wants to make on the interior of the building, they can, we don't have any purview of that. We only review changes to the exterior of the building that require a building or zoning permit."