Mayor Michael B. Hancock and the seven members of City Council who are sponsoring two climate bills today announced a new plan to strengthen Denver’s work to address climate change by creating a new city agency and collaborating on a community-engagement process.

Together with Mayor Michael B. Hancock, Executive Director of Public Safety Troy Riggs announced a pilot program today where select Denver Police officers will carry non-perishable food items supplied by We Don’t Waste to give to Denver residents who appear to be in immediate need.

City and The Salvation Army Announce Future of Crossroads Shelter

The City and County of Denver intends to purchase the Crossroads shelter for men experiencing homelessness from The Salvation Army.

Mayor Michael B. Hancock has designated Happy Haynes, Executive Director of the Department of Parks and Recreation, as Deputy Mayor.

The City and County of Denver and the City of Boulder have filed an amicus brief at the Colorado Supreme Court in support of the state’s ban on large-capacity magazines for firearms.

Mayor Hancock to Congress: “Enough is Enough. Do Something.”

Mayor Michael B. Hancock today sent a letter to Colorado’s congressional delegation urging them and Congress to lead on enacting common sense gun reforms following two mass shootings in El Paso and Dayton this past weekend that left a collective 31 people dead and 50 more injured.

Mayor Michael B. Hancock today, as part of a package of safety improvements to Denver streets, moved to begin reducing speed limits on the city’s streets.

Mayor Michael B. Hancock will kick-off the 7th annual Denver Days this Saturday along with residents and community organizations from across the city.

Mayor Michael B. Hancock announced today that Tykus Holloway will serve as the new Executive Director of the Mayor’s Office of the National Western Center (NWCO). Brad Dodson, interim executive director, will continue to serve as Deputy Director.

Michael B. Hancock Sworn in for Third Term as Mayor of Denver

Michael B. Hancock today was sworn in for his third term as Mayor of Denver on the steps of the City and County Building, along with new and returning members of City Council, Auditor Tim O’Brien, Clerk and Recorder Paul Lopez and an audience of neighbors and residents. 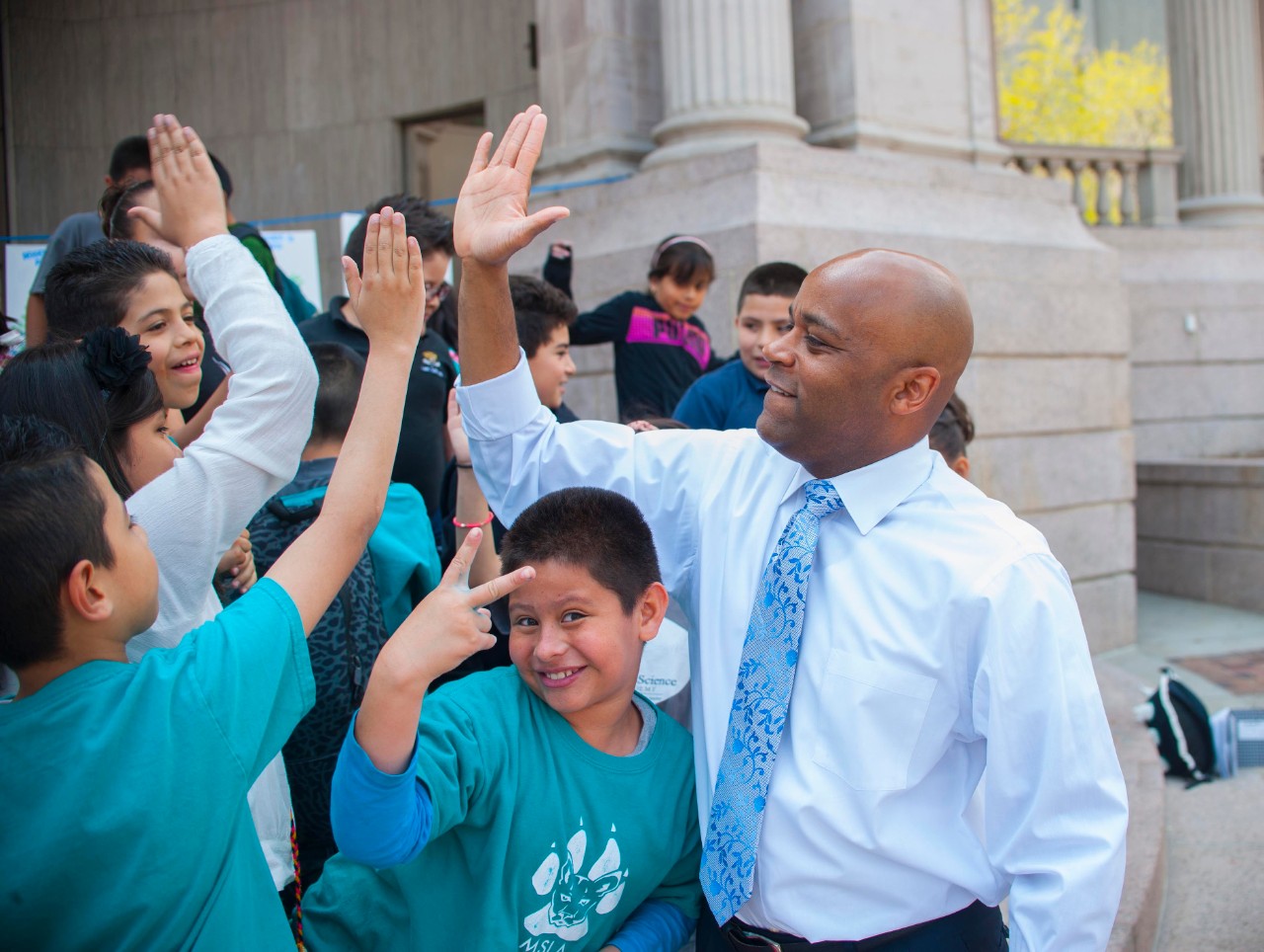