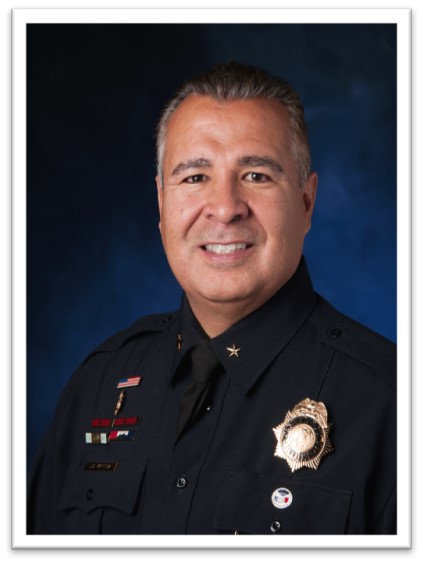 District One Commander Jeff Martinez has served the Denver Police Department for 24 years in numerous capacities, including Patrol, Internal Affairs, Gang Bureau and Training Academy.  He is a proud Denver native and Denver Public Schools graduate who grew up in a modest Southwest neighborhood, as well as the Northwest Denver community which he now serves as District Commander.

Jeff is passionate about bringing law enforcement and the community together.  He has partnered with several local organizations, developed programs for underserved youth and DPS students, volunteered his time in the elderly community, assisted individuals re-entering the community post-incarceration, mentored minority and female police applicants, and he’s worked to raise officer awareness around implicit bias through the DPD Perspectives in Policing program. He is very active in various Denver groups including Latino and Vietnamese communities, the Little Saigon District and the Colorado Hispanic Coalition.

Jeff is a former Board member of Denver Inner City Parrish, the Colorado Latino Forum, Denver Police Protective Association and the National Latino Police Officers’ Association. Commander Martinez and his wife, also a Denver native, still choose to live in Denver where they regularly enjoy spending time with their six children and eight grandchildren.

How to Get Involved in Your Community

Community group involvement keeps you informed about the specific issues and important events in your neighborhood. Crime prevention in your specific neighborhood can be molded by your active role in the decision-making process often spearheaded by organized neighborhood associations.

The Citizen’s Advisory Group (CAG) meeting is designed for your community. Not only do you hear about the statistics for the entire district, you also get to ask the Commander your specific questions. It’s a great opportunity to meet your local Denver Police officers, while staying informed.

District 1 CAG meetings are held at 6PM on the 3rd Monday of each month at the district station (excluding holidays). If you would like an ASL interpreter, please email us at 1.Dist@denvergov.org at least three business days prior to the meeting. Meeting reminders are posted on Nextdoor.com. 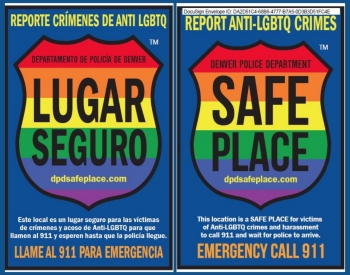