As the City & County of Denver continues to focus on reducing its environmental impact, the Purchasing Department has established an Environmentally Preferred Procurement (EPP) program to focus on sustainable solutions in our solicitations.  With the EPP program, Purchasing focuses on identifying environmentally friendly products and services and strategically implementing sustainable procurement practices throughout the City.

“Denver and CDOT are the best in deicing. From the programs and strategy to the equipment, when I work with other cities or states, I put them in contact with Denver to learn how to operate a best-in-class deicing operation.”

The City of Denver & the Colorado Department of Transportation has chosen to be environmental leaders in road deicing, as indicated by the strict specifications put into place in 2017 (attached). In particular, Denver has made the decision to not use sodium chloride (salt) due to its corrosive nature and negative environmental impact. Per the standards set in 2017, “No bid will be accepted on any corrosion inhibited product that has not successfully completed the National Association of Corrosion Engineers (NACE) Standard TM0169- 95, as modified by the PNS, and found to have a Corrosion Value of at least 70% less than that of Sodium Chloride (salt)”.

EnviroTech’s MeltDown Apex™ delivers a 12°F improvement in freeze point over any other bulk liquid deicer available to the City of Denver or CDOT and has a biological/chemical oxygen demand near zero. This performance-enhanced magnesium chloride (MgCl2) brine not only produces results at lower temperatures, but it also improves the ability to combat snow and ice buildup on road surfaces. Apex can be used as a stand-alone product or blended with salt to expedite snow and ice melt and enhance traction.

How Does Denver’s Deicing Program Benefit Waterways and Vegetation? 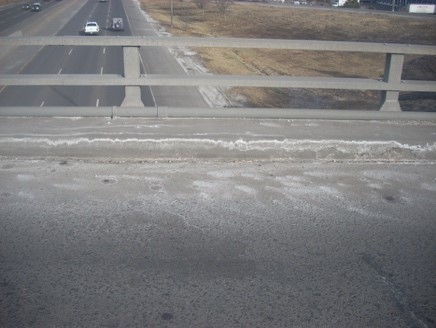 To Avoid Over Application 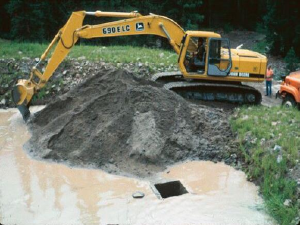 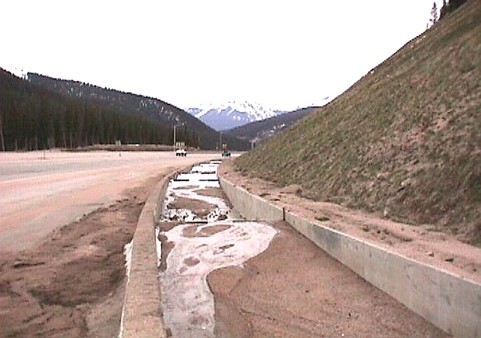 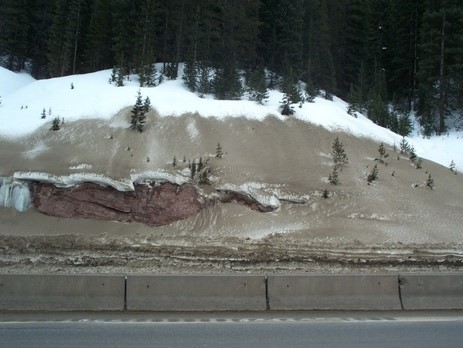 One of the recent requisitions that came to Purchasing was for three electric motorcycles for the Denver Police Fleet. This purchase was to be the first of its’ kind for the City and County of Denver, as all of the motorcycle fleets for DPD have always been fueled by conventional gasoline. After receiving the original requisition, Buyer Andrew Miskell met up with Steve Helm from the Police Fleet in order to get a better understanding of their requirements.

Upon meeting with Steve, it was determined that this requisition has come about due to the Mayoral Initiative to cut city vehicle emissions and to increase fuel economy. It was decided within DPD and Fleet that there was a potential use for these dual sport electric motorcycles within District 1. These bikes are designed to be ridden in a more rugged setting and thus could be used to help patrol around trails and lakes, whereas, the previously available patrol have been older, upfitted dirt bikes that run on gasoline. These motorcycles would offer the police the ability to cover a similar distance, but at a lower carbon footprint level and also quieter around the public setting.

Once Andrew started looking at how these motorcycles were going to be used, he got to see some of the specifications that were going to be ideal, along with a better understanding of what type of accessories were needed. The accessories needed for each bike included a Power Tank, Slide Cases and Rack Kits, Commuter Screens, Hand Guards, and Brake Lever Locks. The brand of motorcycle would be a Zero DS ZF 13.0, which has a range of almost 180 miles on a single charge when driven in the city. The cost to run this motorcycle is $0.01 per mile and the battery has an estimated run life of 403,000 miles.

Once all of the specifications were submitted and all of the needs were described, Andrew put together a formal bid based on the original quote and issued the solicitation for the registered vendors to enter their bids. After all of the bids had been received, Andrew awarded the vendor with the lowest overall price, which included the base price for the motorcycle and all of the accessories. There has been an ongoing discussion that if these motorcycles test well with the DPD and Fleet, there could be a case made for purchasing additional units to replace the downtown bicycle operations. 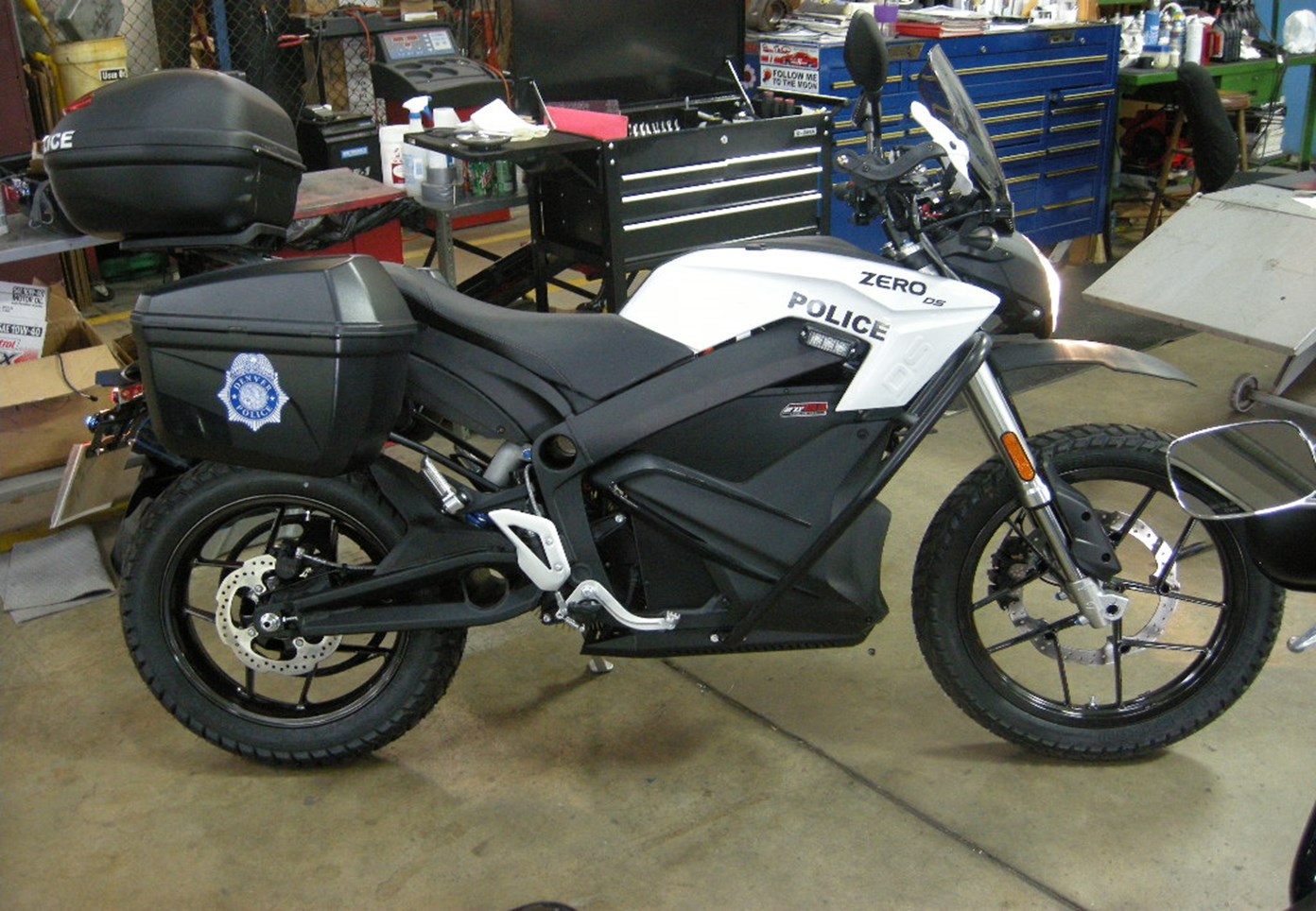 As part of the Environmentally Preferable Purchasing (EPP) program, Buyers Melissa Bordwine and JD Allred recently had the opportunity to participate in a tour of Spring Back Colorado. Spring Back CO is a mattress recycling facility located northeast of downtown Denver. Their facility recycles up to 95% of the materials in mattresses and box springs. Ticking and foam is recycled by Mohawk Carpets into carpet padding; cotton is recycled with blue jeans to make insulation; wood from box frames is ground up into mulch; and metal springs are recycled at local metal recyclers. Spring Back CO will pick up mattresses from residences throughout the Denver metro area for a small fee. They are also working to create partnerships with hotels, universities, etc. to recycle on a larger scale.  Since 2012, Spring Back CO has recycled over 68,000 mattresses and box springs, resulting in a diversion of over 5 million pounds of material from landfills!

In addition to the environmental aspect of their business, Spring Back CO employs disenfranchised men and women who are working to improve their lives after completing sentences and/or rehabilitation programs. Spring Back CO has helped launch two micro-businesses with employees. Carlos Torres is a majority owner of Colorado Comfort LLC, which produces like-new refurbished mattress and box spring sets. They take mattresses that have come in for recycling that are still in great shape, replace all of the ticking, sanitize and clean the foam cores and recover them with new ticking. These refurbished mattresses sell for a fraction of the cost of new mattresses.

Green Pup Dog Beds is the other micro-business that was launched to take advantage of high-end, organic latex mattresses that come in for recycling.  There isn’t much of a market for recycling organic latex, so Green Pup Dog Beds employs several seamstresses to use quality mill-end fabrics, that would otherwise go into the landfill, to make dog beds. They are looking to expand the business by hiring more disenfranchised women in the near future. The beds are sold online and at a variety of local pet stores in the Denver area.

JD Allred recently purchased 500 new mattresses for the Denver Detention Center. JD successfully coordinated with the Denver Sheriff Department and Spring Back CO to recycle the old mattresses that were replaced.

Spring Back CO is a great example of a company working to address both environmental and socio-economic challenges in the marketplace.

One of the bids completed with Environmentally Preferred Procurement (EPP)  attributes was the City’s Car Wash Soap bid.

The Purchasing Staff coordinated with the Department of Environmental Health to evaluate the annual bid submittal from Waxie Sanitary Supply. The bid was for car wash soaps and cleaners, floor cleaner, petroleum cleaner, and dumpster and compactor cleaners.  These products use microorganisms to “liquefy and digest organic and petroleum hydrocarbon waste.” These bioactive products are now used in our truck washes and to clean the floors and drains at the Roslyn and Central Platte fleet facilities, Cherry Creek Transfer Station, and Denver International Airport.

Costs were reduced by 38% by moving to these eco-friendly products.  These products reduce or eliminate unwanted organic materials (sludge) in water drainage systems and grease traps safely and effectively. Ultimately, they improve system performance for the car wash bays by reducing maintenance costs.

"Delivering Opportunities to Our Community and Value to Our City"