The Denver Sheriff Department is Triple Crown certified, accredited by the ACA, NCCHC, and CALEA.

The Denver Sheriff Department is committed to being a model law enforcement agency by:

The mission of the Denver Sheriff Department is to provide safe and secure custody for those placed in our care and to perform all of our duties in a manner that is responsive to the needs of our diverse community. 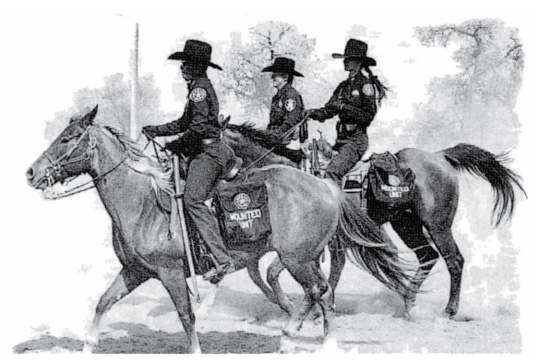 The Denver Sheriff Department (DSD) was created on December 2, 1902 with the creation of the City and County of Denver. In 110 years, DSD has seen changes in facilities, locations, inmate populations, personnel, etc. However, the one thing that has remained constant is the commitment and dedication of DSD personnel.
Since 1902, DSD has moved from facilities made-up of a few hundred square feet to the hundreds of thousands of square feet that make up both the Van Cise-Simonet Detention Center and the Denver County Jail. We have gone from handwritten forms and typing on typewriters to a virtually paperless state-of-the-art Jail Management System. In 1902, DSD started with a handful of employees and has grown to over 890 dedicated men and women, both uniformed and civilian.

The  Triple Crown Award was established by the National Sheriff’s Association to recognize those sheriff offices that achieve simultaneous accreditation from the Commission on Accreditation for Law Enforcement Agencies, the American Correctional Association, and the National Commission on Correctional Health Care.  Achieving these accreditations individually is a daunting task; aquiring all three at the same time is an extraordinary feat. In fact, the Triple Crown distinction is so rare, that since the establishment of the award in 1993, fewer than 35 sheriff offices have qualified.

The National Commission on Correctional Heath Care is dedicated to improving health services in jails, prisons, and juvenile confinement facilities. Incorporated in 1983, its roots are in the early 1970’s as a project of the American Medical Association.

The Commission on Accreditation for Law Enforcement Agencies, Inc., (CALEA®) was created in 1979 as a credentialing authority through the joint efforts of law enforcement's major executive associations:

Interim Sheriff, Fran Gomez–sworn in on October 15, 2019–has 30 years of law enforcement experience and is the first female to be appointed as the Sheriff of the City and County of Denver.

Gomez began her law enforcement career as a Denver deputy sheriff in 1987 and worked at the Denver County Jail for three years before attending the Aurora Police Academy. She served for 23 years at Aurora PD and worked her way up the ranks, serving as the department’s first female commander. She left Aurora in 2013 when she was hired by the Commerce City Police Department as Deputy Chief of Operations, where she worked until her retirement in 2016.

Her passion for law enforcement runs deep, and in 2018, she was offered the opportunity to return to the Denver Sheriff Department, overseeing the Professional Standards Unit. In this role, she was responsible for the oversight of policy consolidation, directing research and development, and accreditation. She also re-focused the Assessment and Inspection Unit to address risk management for the department.

Gomez holds a master’s degree in criminal justice from the University of Colorado and a bachelor’s degree from Metropolitan State University. She holds a certificate from the FBI’s National Academy and is a graduate of the Senior Management Institute for Police sponsored by the Police Executive Research Forum (PERF).