There are currently seventeen stations built and two stations planned along the Central Corridor, which runs entirely within the City of Denver. These stations are a mixture of Downtown, Urban Center, and General Urban station types. 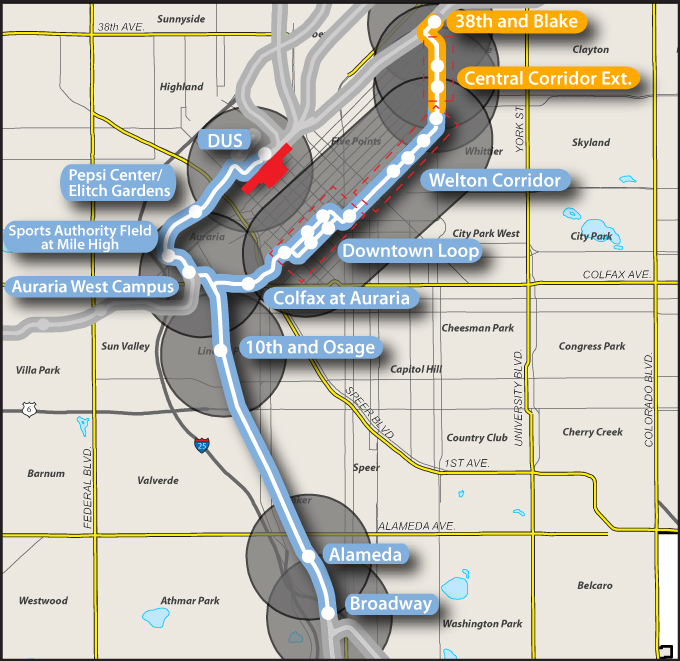 If you are unable to read the content of this map, please contact Alexandra Foster at alexandra.foster@denvergov.org.