DENVER – Denver will start the new year right with a project to improve safety and reduce risks to people and property in an area of town that is known to flood. On January 6, weather permitting, the city will begin work to install a larger stormwater pipe along Jackson Street from the north side of Colfax Avenue to 14th Avenue, providing additional capacity to carry and drain stormwater for this area. Later in the year, the project heads east on 14th Street for about half a block.

The included image shows the project limits in green. As funding becomes available, more work will be done to further mitigate the flood potential in the upper part of the Montclair Basin. Areas in blue on the attachment represent surface water depths greater than 12 inches that would be expected to occur in the 100-year storm, based on latest flood modeling.

The Montclair Drainage Basin is more than nine square miles and is Denver’s largest basin without a natural waterway to carry stormwater. Rain that falls in the drainage basin travels naturally in a northwesterly direction in pipes underground and on the surface in our streets, ultimately draining into the South Platte River. Many of the existing storm pipes relied upon to safely carry stormwater are significantly undersized and more than 100 years old. The result is significant, persistent flooding problems for homes and businesses during heavy rainstorms. The Montclair Basin has been identified as a priority basin for storm drainage and water quality improvements.

The Jackson Street Storm project that starts in 2020 is a continuation of past efforts.  In 2008, the city increased detention capacity at Ferril Lake in City Park, and in 2011 the city constructed a large storm drain in Jackson Street from City Park to the north edge of Colfax.  The construction project starting in 2020 will continue this system and work its way across East Colfax Avenue at Jackson Street from January into July, working north to south and maintaining a single lane of travel in each direction on Colfax.  Alternate travel routes are advised.  A variable message board will be placed at the project site to communicate to travelers in advance of work starting.  The entire project shown in green is expected to wrap up in March of 2021. 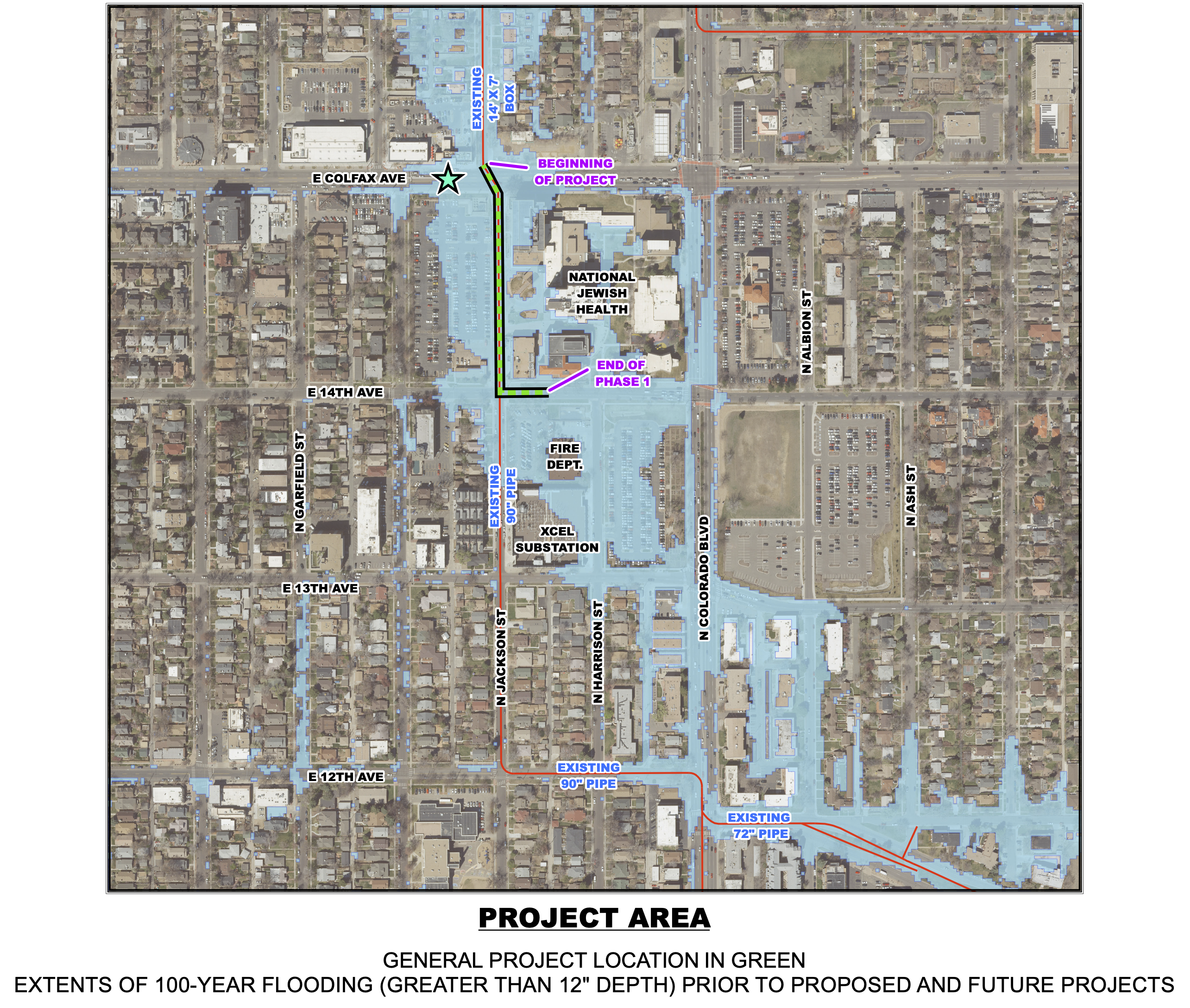