To Denver’s new Department of Transportation and Infrastructure (DOTI), they represent just some of the benefits of the rapid buildout of 125 miles of bike lanes we plan to deliver by 2023!  The announcement was made January 16 at West 35th Avenue and Irving Street in Denver.

Most of the bike lanes that will be installed by 2023 will be considered high comfort bike facilities.  Just take a look along West 35th Avenue in West Highland.  That local street is being transformed into a neighborhood bikeway, which are shared streets that we optimize for use by people traveling on two wheels and on foot.  These are streets with lower speeds and traffic volumes that we design to make riding a bike a comfortable option for all ages and abilities.

Some features of our neighborhood bikeways include new signage that designates the roadway as a neighborhood bikeway, pavement markings that orient bikes and remind vehicles that the road is shared, and roadway improvements that discourage speeding and makes the street safer for everyone.

A significant buildout of the bike network will occur in the city’s core where population densities are higher.  This will significantly increase the number of Denver households within ¼ mile of a high comfort bikeway, a primary goal of the Denver Moves: Bikes plan.

This aligns with DOTI’s commitment to Vision Zero, and our message is clear. 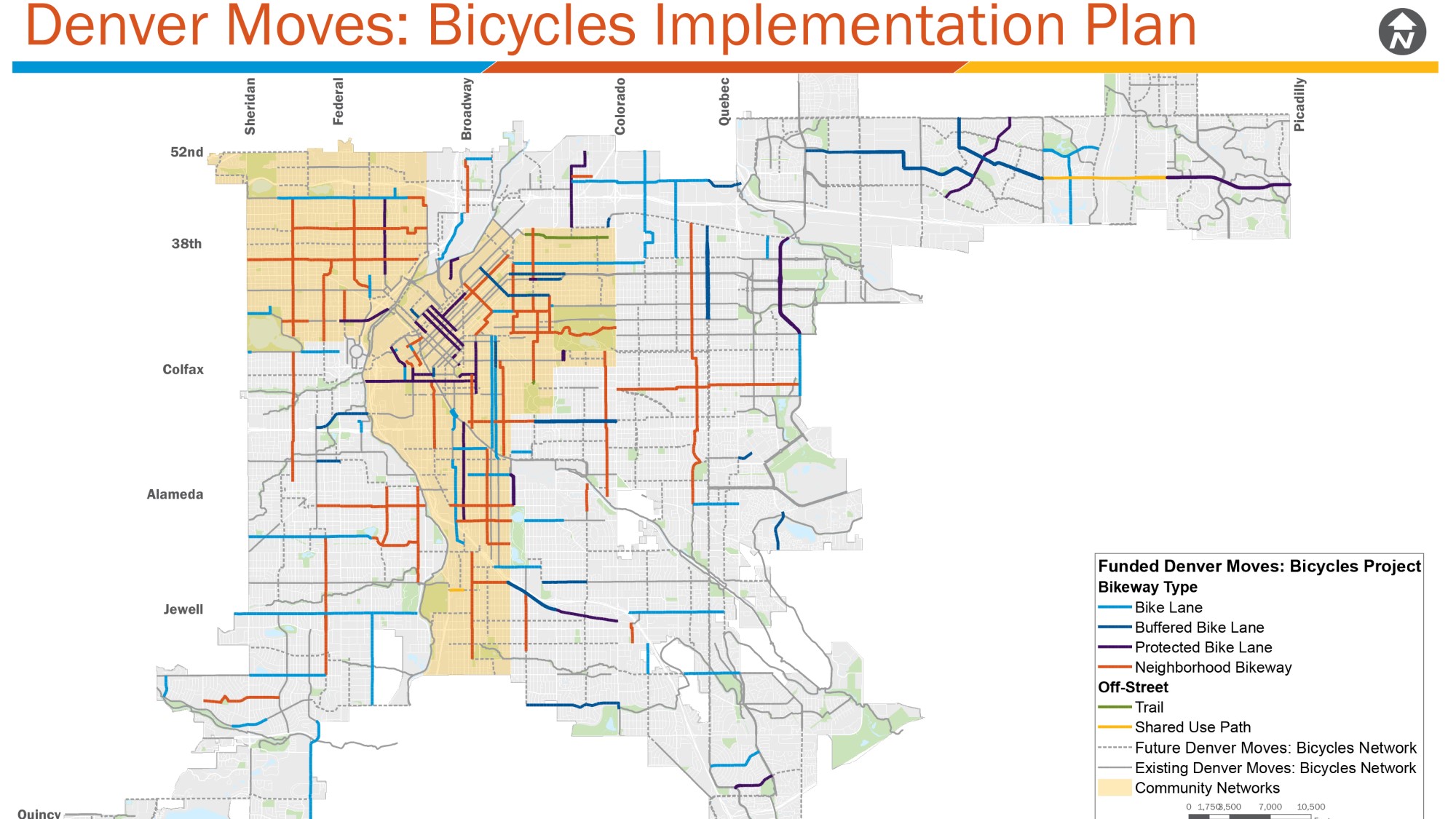