Denver is a Top 10 Bike-Friendly City

Denver is movin’ on up in the rankings for two-wheels! People for Bikes recently released its third annual ratings of the best cities for bicycling in the U.S.

Out of 567 cities, (drum roll please) Denver ranked 8th! The Mile High City has shown steady improvement since People for Bikes began its City Ratings program in 2018. Take a look…

Of the 125 miles of bike lanes to be installed by 2023, the majority will be considered high comfort facilities that provide greater separation between people in cars and on bikes, traffic calming measures to slow vehicle speeds along residential roads, and greater connectivity to the places people want to bike.

What are high comfort bikeways? They provide:

People for Bikes’ city ratings are scored across five key indicators: Ridership (how many people are riding bikes), Safety (how safe is it to ride bikes), Network (how easy is it for people to bike where they want to go), Reach (how well the network serves all parts of the community), and Acceleration (how fast the community is working to improve biking).

Currently, there are total of 206 miles of on-street bike lanes in Denver. When complete, the city’s bike network, as identified in the Denver Moves: Bikes Plan, will consist of nearly 450 miles of bike facilities and every household will be within a quarter mile of a high ease of use facility. 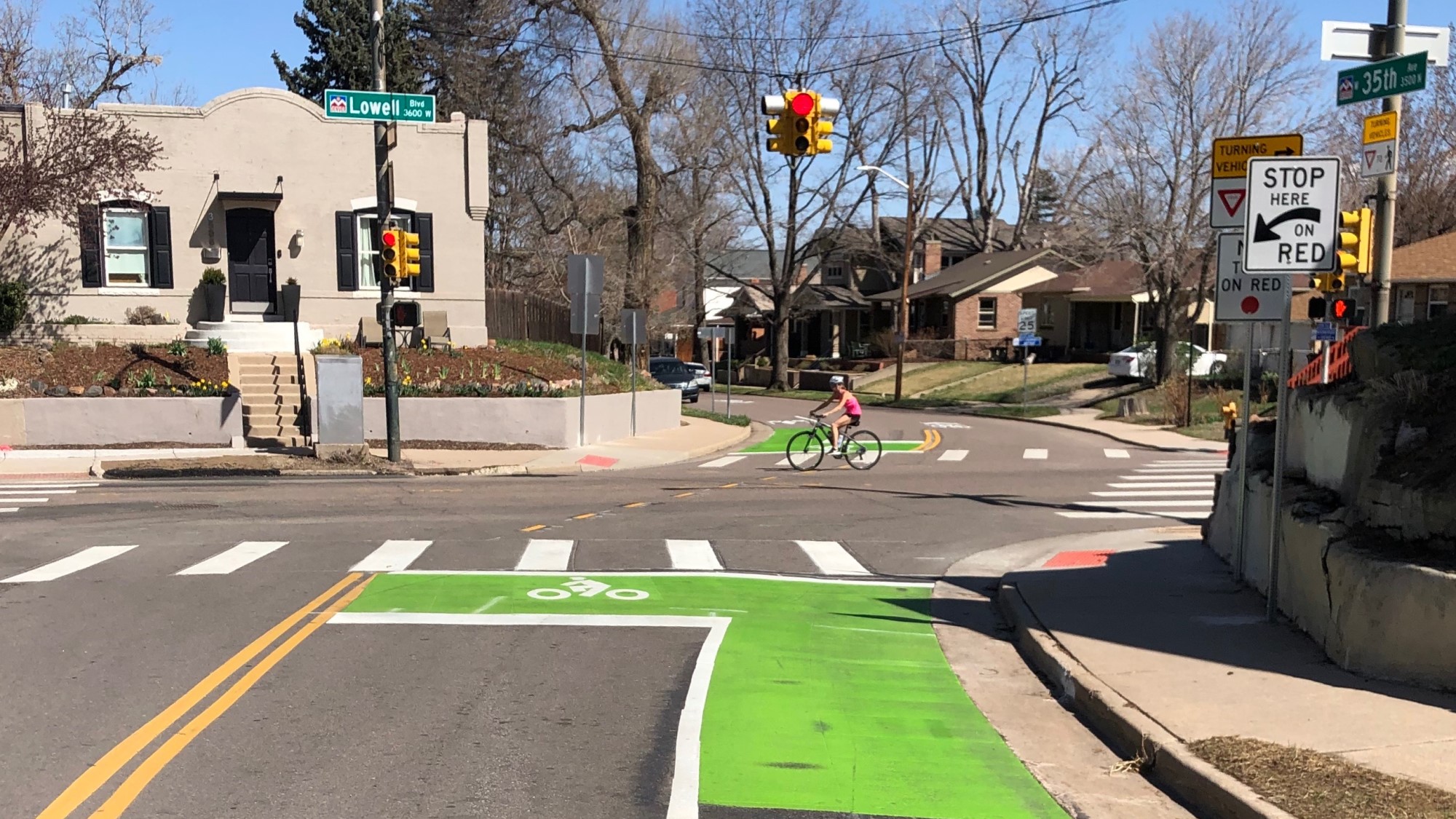