Denver Moves, the City and County of Denver’s Bicycle and Walking Action Plan, called for 270 new miles of bicycle facilities, including a future Neighborhood Bikeway (NBW) facility on West 35th Avenue, which is designated as a local street and bicycle route by the City.

The NBW study area is in western Denver between Navajo Street and Sheridan Boulevard on W 35th Avenue. The mostly-residential corridor is 2.6 miles long and connects to key bicycle, pedestrian, and vehicular routes, including downtown Denver. It spans east-west across two neighborhoods in west Denver — Highland and West Highland — connecting schools, parks, and retail areas.

The redesign of West 35th Avenue will include lane markings and Neighborhood Bikeway signage from Sheridan to Kalamath Street. Other elements under consideration:

Please email the Bicycle Program to be added to the mailing list for W 35th Ave project updates. 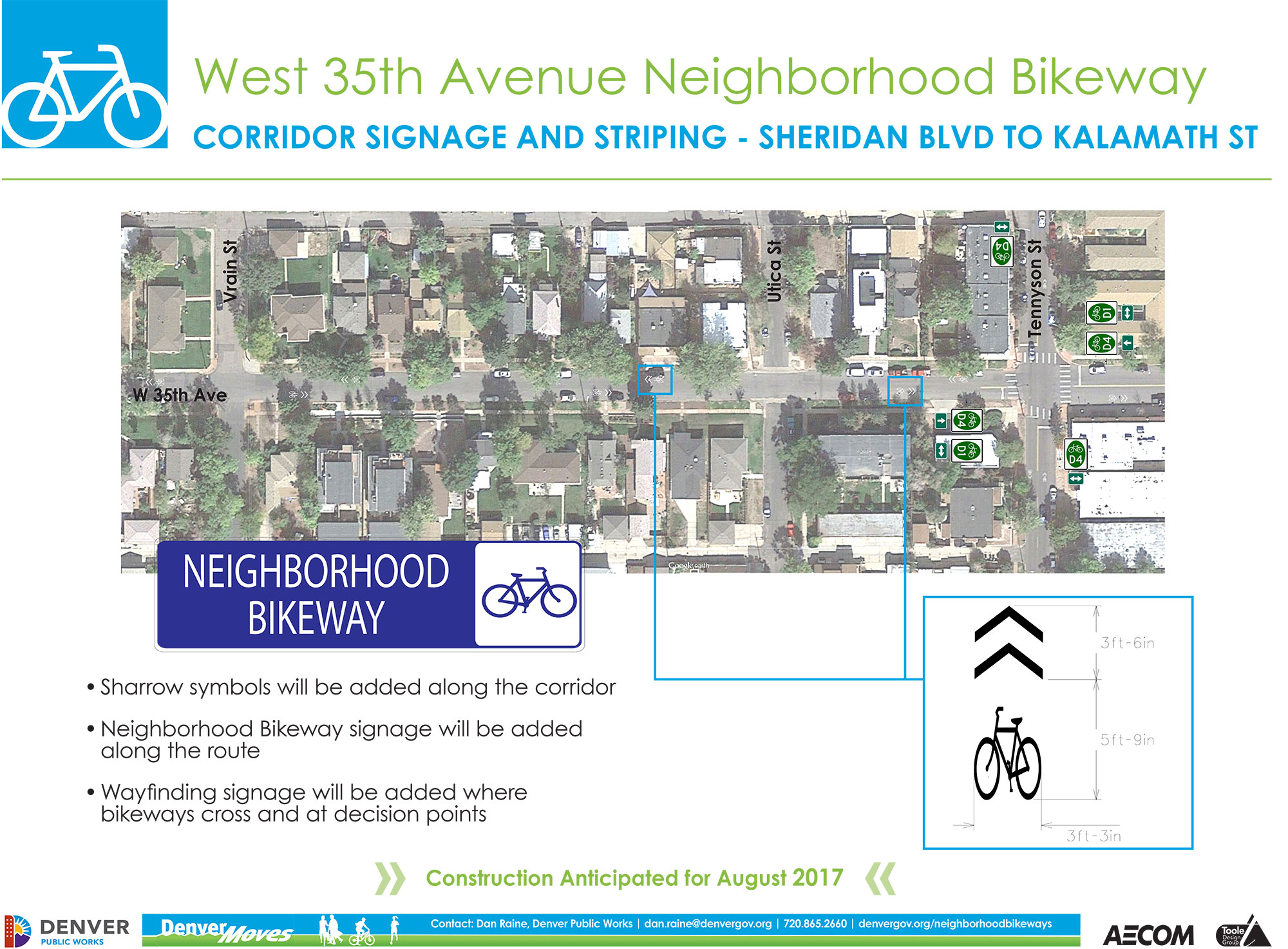 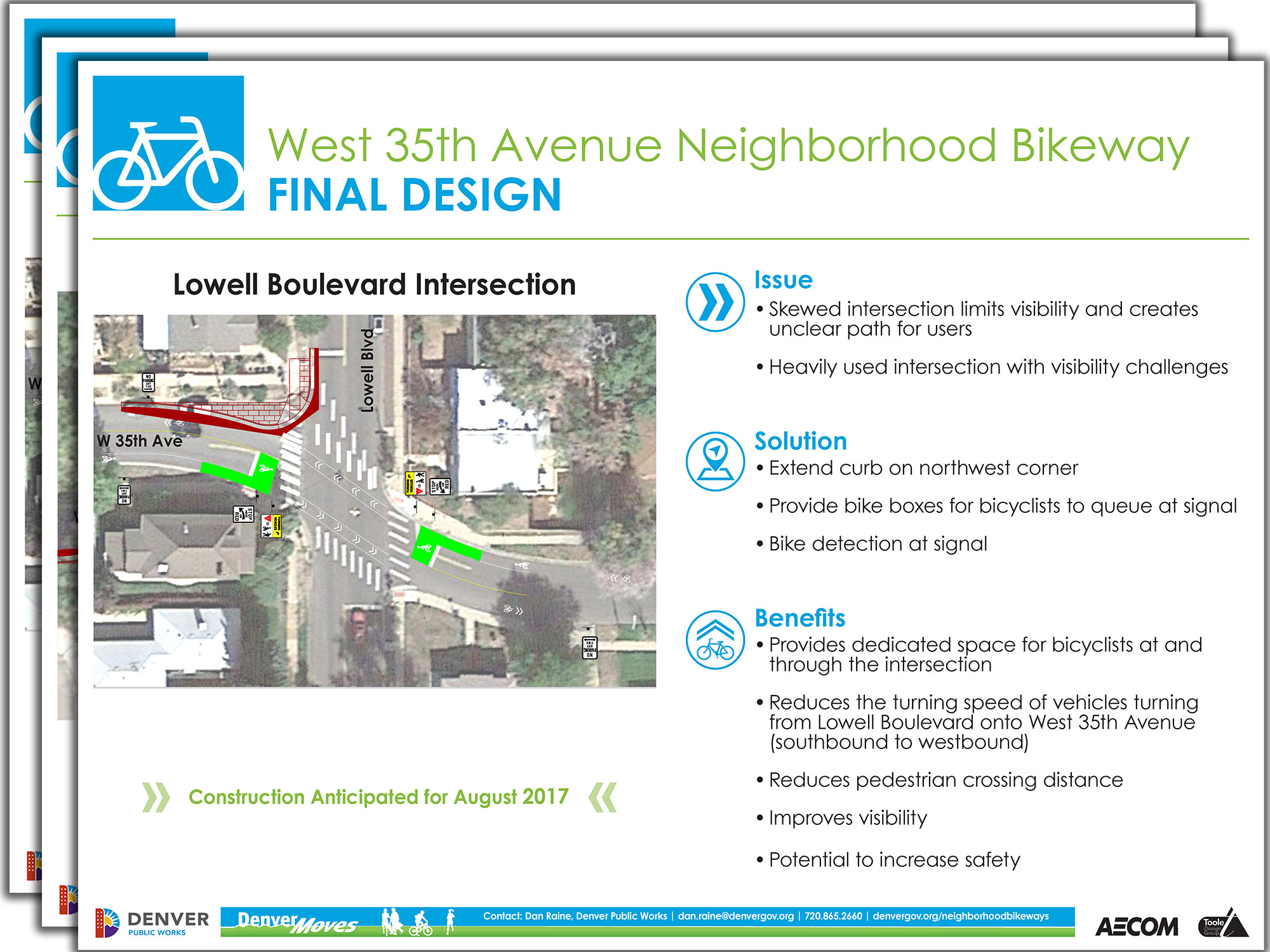 The project is currently in the design phase. These materials were been presented to the community at two meetings in 2015 during the public outreach and preliminary/conceptual design phases.

Recommendations were developed by understanding existing needs and opportunities, by identifying desired design outcomes, by applying a variety of tools and relevant design references, and by coordinating with the City and public. Initial recommendations were reviewed and refined based on City coordination. Recommended proposals were presented to the public for their input.