We could see light snow in Denver on Tuesday and Wednesday.

We’ve got plow drivers on duty to deploy to the main streets if snow starts to accumulate.

No deployment of the residential plows will be needed for this snow event. 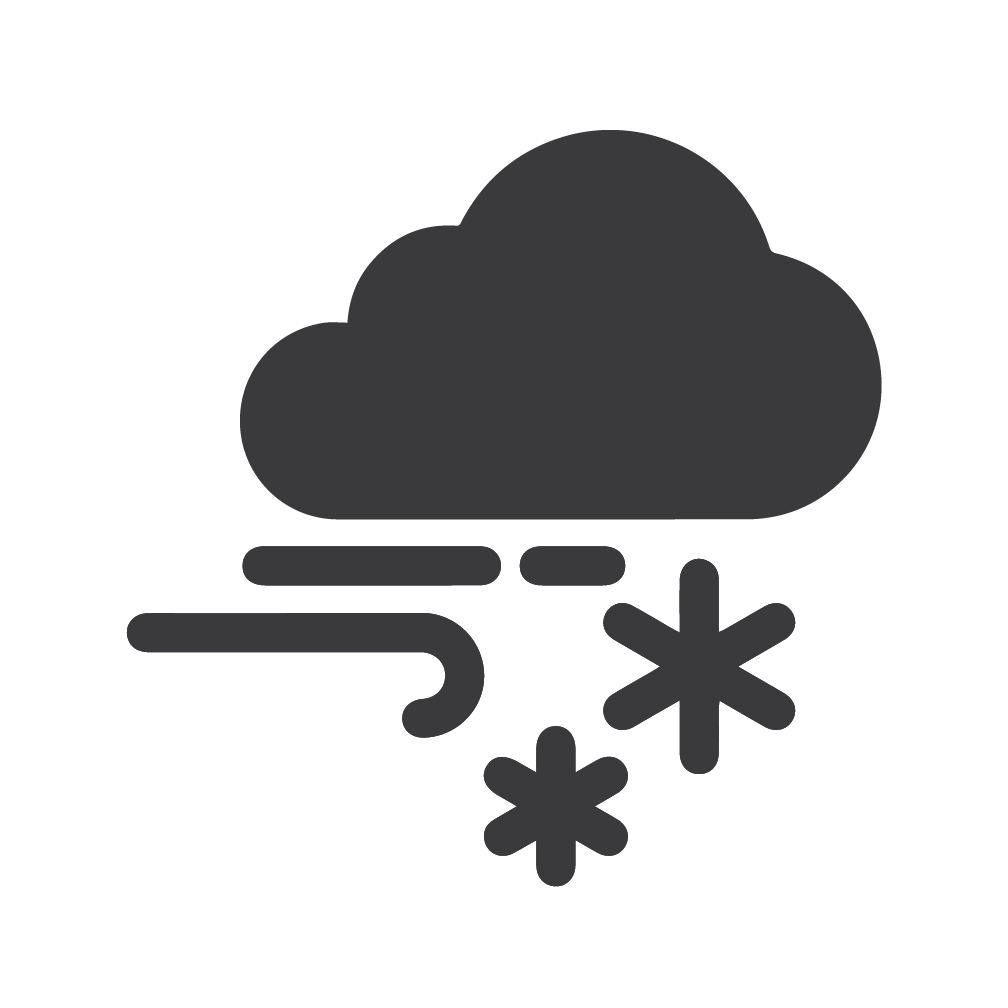 Denver’s Plow Tracker will not be operational for this snow event, as we’re transitioning to a new GPS system.

Snow Removal: How We Respond

Emergency snow response services fall within the purview of Denver's Department of Transportation & Infrastucture (DOTI).  Our workforce takes pride in performing snow removal services in an efficient, effective and fiscally responsible manner, with a response plan that is proven and economical for normal winter weather conditions in Denver.

Goals of the snow response plan include improving the safety and mobility of our transportation system by plowing city streets as efficiently as possible, keeping priority streets passable, and minimizing traffic disruption.

DOTI provides snow response to approximately 2,050 lane miles of main streets, or most streets with stripes, utilizing a fleet of 70 large plows. Denver also has a fleet of 36 smaller, residential plows, which deploy on the side streets if enough snow has accumulated to where the 4x4 pickup trucks can be helpful in clearing a path for drivers to get to the main streets.

Denver's Department of Transportation and Infrastructure (DOTI) utilizes several public and private weather forecast services to determine when its response will begin for each storm and its deployment levels.

When a significant chance of snow is forecasted with anticipated accumulation in the Denver area, DOTI readies its snow equipment and staff. The number of employees alerted depends upon the anticipated magnitude of the predicted storm.

Denver’s overall strategy is to respond to most major snowstorms with the full deployment of snow response staff and equipment and ratchet down operations as conditions improve. However, if initial forecasts only call for isolated flurries or snow showers and limited accumulation, other deployment alternatives are considered including a partial deployment of the fleet and/or placing crews on standby.

Denver's Department of Transportation and Infrastructure (DOTI) provides snow response services to approximately 2,050 lane miles of main streets, or most streets with stripes, utilizing a fleet of 70 large plows, and plows around schools to provide safe zones for school children.

Denver uses liquid and solid deicers on its main streets as part of its snow response. The solid deicer, called Ice Slicer, is a naturally-mined product from Utah that is more than 90-percent chloride salts. Its red color comes from 60+ trace minerals also naturally found in the deicer. The product helps prevent snow and ice from bonding to the pavement and can serve to provide some traction on the roadways during snow events.

In the downtown area, Denver uses a liquid deicer called liquid magnesium chloride. The liquid is used downtown instead of a dry material to reduce levels of particulate matter in the air and support the city’s air quality efforts.

Denver may apply liquid deicer to main streets before a storm to try to prevent snow and ice from bonding to the pavement. This practice of anti-icing the roads, sometimes referred to as “pre-treating,” is rare in Denver, as weather conditions and pavement temperatures have to be just right for pre-treating to be effective. Pre-treated roads also need to dry before temperatures drop below freezing or icing could occur.

Denver previously deployed the residential plows only in emergency situations and larger storm events. Beginning in the 2017/18 season,  Department of Transportation and Infrastructure (DOTI) received additional staff members that it could dedicate to the residential plow program.

When a storm requires full deployment of Denver’s fleet of large plows, the residential plows will also deploy when enough snow has fallen and they can be helpful in clearing a path for motorists to get to the main streets. The small trucks do not carry de-icing materials.

Most of Denver's on-street bicycle lanes are located on roadways with stripes; these are the streets that are routinely plowed every time snow accumulates. Crews will make every effort to plow through the bike lane to the curb whenever possible; however, during swift, heavy snowfalls, bike lanes may become snow packed. These snowy/icy conditions may linger in the bike lane several days after a storm depending on temperatures, particularly in shady locations. Call 311 or use Pocketgov to report problem areas.

Throughout the winter season, people on bikes should be prepared to ride in a shared lane condition, utilizing the outermost lane available and may consider alternate transportation options based on health, ability, weather conditions and equipment. People on bikes may need to consider alternate routes and utilize the city’s trail system. People are also encouraged to winterize their bikes and have the right tires for navigating winter conditions.

DOTI plows the city’s protected bikeways and many pedestrian bridges. Denver uses a smaller plow for the protected bikeways that has a broom attached, as well as a material spreader that can drop liquid deicing material as appropriate, based on weather conditions.  Our snow program aims to address each protected bikeway at least once per 12 hour shift, if there are no obstacles, such as vehicles parked in the bike lane.  If there is a lot of snow to push, it will take longer to complete snow removal operations on the protected bike lanes.

Denver Parks and Recreation maintains the City’s network of off-street bicycle and multi-use trails. Any snow accumulation on a trail greater than one inch will be plowed to the channel side (or down slope side) within 12 hours after the end of a snow fall event. Snow that can’t be accessed by machine will be removed manually. Ice accumulation on the trail will be treated with gravel and/or environmentally safe chemical products.

Denver Parks & Recreation performs snow removal on park property and select sidewalks, such as bridges and underpasses within the City. During normal snowfall, the snow will be removed as usual, including around recreation centers. Recreation Centers will also be plowed and shoveled for Saturday and Sunday hours as needed.

When Plowing Operations Results in Snow on Sidewalks

While pushing snow onto sidewalks by our plows doesn’t happen very often, we are truly sorry when it does. We all know how critical it is that our streets are cleared of snow for safety and accessibility purposes, and that is the top priority of Denver’s heavy snow plows. Pushing snow onto sidewalks and driveways is an unfortunate consequence of plowing any street. We ask drivers to be conscientious and provide our drivers with continual feedback on their performance and ways to minimize the occurrence of snow on sidewalks.

During and After Storms

Denver requires that property owners clear snow and ice from their sidewalks, including adjacent ADA ramps, so that EVERYONE has safe access throughout the city! Senior citizens, people with disabilities, parents with strollers, and mail carriers — just to name a few — struggle to negotiate hazardous walkways. We need to do our part to make our community safe and accessible for all.

Inspectors leave a time-stamped notice at properties with un-shoveled sidewalks. After receiving a notice, businesses have four hours and residences have 24 hours before the inspector’s re-check and a potential $150 fine.

Report A Problem: If it has been more than 24 hours after a snow event and sidewalks near you are still not shoveled, please contact Denver 311 to provide the address of the unshoveled sidewalk.

Icing in the Curb and Gutter

There are many locations throughout Denver where snow and ice accumulates in the gutters when daytime warming melts the snow and the water freezes at night.  This problem is most common on the south side of east-west streets, but can also occur anytime that the gutter or street is shaded by structures, tall vegetation, trees or fences.

The following frequently asked questions (FAQs) have been developed in order to help residents understand the City and County of Denver’s policies and practices regarding snow and ice removal, the causes of ice accumulation, suggestions for prevention and possible solutions, and contacts to have the problem addressed.

Residents can report ice complaints and request large amounts of ice to be removed by Street Maintenance staff by:

Bike lanes that are on-street and NOT protected: Ice reported in these types of bike lanes are treated as ice complaints. Street Maintenance will send a crew with larger equipment to blade the ice on unprotected/on-street bike lanes.

Protected Bikeways: Street Maintenance will send a crew to address it as soon as they can. The crew will drop down more deicer on the protected bikeway, as needed or appropriate, and run their smaller plow over the snowy/icy area.

Call 311 or use Pocketgov to report problem areas.

Bikes: Tips for Riding in the Snow

Bicycling in snow conditions can be challenging, so having yourself and your bicycle prepared for the weather is critical. After checking the local weather, decide if your bicycling skill set matches the daily weather forecast.

Property owners are responsible for the cleanup of debris from trees on private property and from trees within the public right of way adjacent to their property.

Residents participating in the Denver Composts program can put branches (no longer than 4 feet in length or larger than 4 inches in diameter) in their green carts for composting.

Check your household's eligibility or enroll in the Compost Collection Program

Drop off tree debris for composting

Branches can be dropped off for composting at the Cherry Creek Recycling Drop-off located at East Cherry Creek Dr. South & Quebec St.

Set out branches and yard debris for removal by grouping loose branches in bundles no longer than 4 feet in length and in bundles weighing no more than 50 pounds.

Residents are responsible for the removal and disposal of tree stumps and all branches over 4 inches in diameter and/or 4 feet in length. There are a number of licensed haulers that are available to residents to hire for removal of this material.